4G internet will run in Jammu and Kashmir from this date, Center stipulates terms in Supreme Court 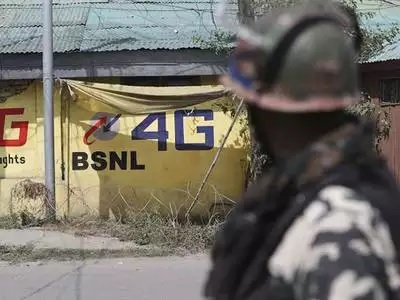 4G Internet ban in Kashmir: In front of the Supreme Court, the Central Government has said that it is ready to restore the facility of 4G Internet in each district of Jammu and Kashmir. This rebate will be given from 16 August.

The New Delhi
Central Government has agreed to launch high-speed 4G Internet services in Jammu and Kashmir as a trial. In front of the Supreme Court on Tuesday, the Center said that it will start 4G service in select areas. Attorney General KK Venugopal said that the 4G ban will be lifted from August 16 in each district of Jammu and Kashmir division. In June, the Foundation for Media Professionals filed a petition against this ban in the Supreme Court. On this, during the hearing on Tuesday, the central government said to start 4G. The court said, do not delay now

Earlier, during the hearing on Friday, the Supreme Court had asked the Center and Jammu and Kashmir administration on Friday whether 4G services could be restored in some areas. The court had said that governments should come up with a definite stand on the possibility of restoring 4G services. The court had insisted that there should be no further delay in the matter. Justice N.V. Ramna, Justice R. Subhash Reddy and Justice BR Gawai’s bench had told Solicitor General Tushar Mehta, “What is the basis of the decision taken. Is there a possibility that 4G services can be restored in some areas? Is there anything that has done Can go? “