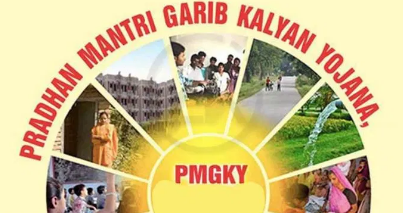 At the same time, a total of Rs 2,814.5 crore was disbursed in two installments to about 2.81 crore elderly, widows and PwDs under the scheme. Thus 2.81 crore beneficiaries were transferred benefits in two installments. According to figures released by the Union Finance Ministry, 1.82 crore buildings and construction workers received financial assistance of Rs 4,987.18 crore under the Pradhan Mantri Garib Kalyan Yojana.

Under the scheme, funds were deposited in the Jan Dhan accounts of women and special arrangements were made for their withdrawal. The account holders were called to the bank by fixing the date based on the account number, so that there would be no congestion and the corona epidemic could be avoided. The government had introduced this scheme to help the poor in the difficult times of Corona. Funds were given for various schemes under this relief package.