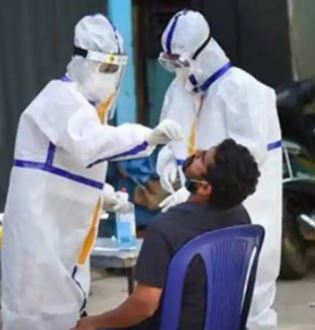 The past few weeks have seen an increase in corona cases in India. The Supreme Court on Friday directed the Central Government to strictly follow the Corona Guidelines regarding the infection of Corona. There is a danger of a third wave of corona in many states during the winter season. In such a situation, many state governments are once again resorting to curfew and lockdown at night time. Meanwhile, the Health Ministry has released the latest report of Corona figures. According to the report, a total of 41,322 new corona cases were reported in the country on Friday.

On Friday, a total of 41,452 people were cured from Corona, after which now the number of people recovering from this dangerous virus in the country has increased to 87 lakh, 59 thousand 969. Currently, the most active cases of Corona are in Maharashtra. Maharashtra has reported the highest number of Kovid cases in the last 24 hours.