4 smartphones of iPhone 12 series will be launched 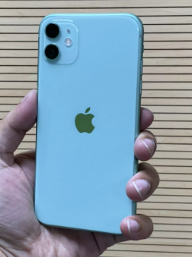 Apple may end the suspense tonight with its new iPhone. It is believed that the company will launch the iPhone 12 series at the ‘Hi, Speed’ event to be held today. This event will start at 10:30 PM according to Indian time. It is believed that the new iPhones will come with 5G connectivity. Let us know that Apple has already launched Apple Watch 6 Series, Apple iPad 8th Generation, Apple Fitness Plus Service and Apple One Service at the event on September 15.

Many things like self-driving cars, virtual reality, smart city technology, robots are associated with 5G speed. In such a situation, the new iPhone becomes special in many ways. With the 5G handset, Apple will join the list of companies like Google, Motorola, Samsung, Huawei. All these companies have already launched their 5G smartphones.

According to analyst Ben Stanton of research firm Canalys, only 13% of smartphones with 5G capacity sold in the first half of 2020. At the same time, only 6% of customers will buy the next smartphone with 5G connectivity. According to a report, Apple is not late in making 5G smartphones, as there is no demand for 5G phones on a large scale.