33 per cent of all ration depots to be allotted to women, says Haryana deputy CM Dushyant Chautala 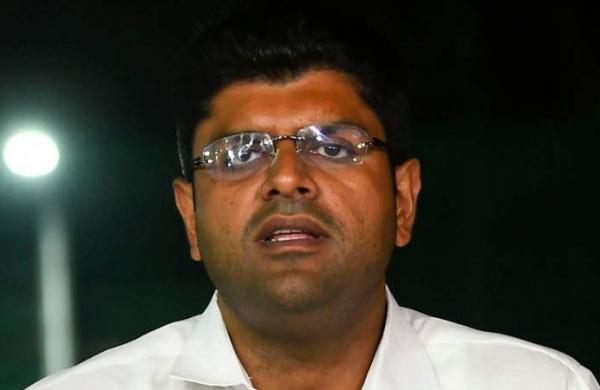 CHANDIGARH: The Haryana government has decided to allot 33 percent of all ration depots in the state to women, Deputy Chief Minister Dushyant Chautala said on Monday on International Women’s Day.

He also said that ration cardholders will be provided ration at their doorstep through mobile depots and the process has begun in Faridabad.

The deputy chief minister, who also holds the portfolio of food, civil supplies and consumer affairs department, was responding to a question asked by an MLA during the budget session of Haryana Vidhan Sabha here.

Chautala said the state government has decided that women will have 33 percent participation in all the ration depots allotted in future.

Touching upon the measures being taken to ensure transparency in ration distribution through ration depots, he said e-vending machines have been installed for weighing ration in seven districts and the process of setting up e-vending machines in Faridabad and Gurgaon districts is underway.

22 crore beneficiaries who are being provided ration have been linked under the ‘One-Nation, One-Ration’ scheme of the Union government.

If a person goes to the ration depot, his/her Aadhaar number is fed into the machine, after which the ration to be allocated to him/her is displayed on the screen.

The person is then given his share after biometric authenticity check, Chautala informed the House.

Meanwhile, Haryana Agriculture Minister Jai Parkash Dalal informed the House that a committee would be constituted for shifting foodgrain warehouses in populated urban areas of the state.

A survey in such areas would be conducted by the committee and as per the survey findings, a decision to shift such warehouses would be taken by making a policy, he said in the assembly while replying to a question asked by a member regarding relocating of the warehouses.

He also informed that 111 warehouses are being run by the Haryana State Warehousing Corporation in various cities of the state and their storage capacity is 2,205 lakh tonne.

The minister said the process of construction of warehouses having a capacity of 5.

80 lakh metric tonne on the land of warehousing corporation, agriculture department, Haryana Sugarfed and local bodies is going on.

Apart from this, it is proposed to manufacture 11.

With the construction of new warehouses and steel silos in the next two years, the problem of storing notified commodities in the open will be overcome to a great extent.