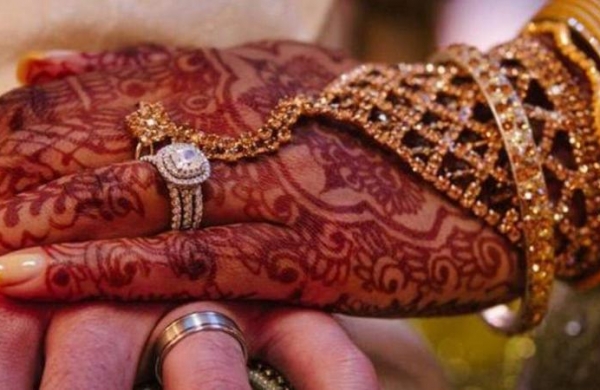 By PTI
NEW DELHI: The Centre has told the Delhi High Court that the procedure and conditions, including the 30-day notice for solemnisation of a marriage under the Special Marriage Act (SMA), are “fair and reasonable” and in consonance with the intention behind the statute.

The submission has been made by the Ministry of Law and Justice in an affidavit filed before a bench of Chief Justice D N Patel and Justice Jyoti Singh in response to an inter-faith couple’s plea challenging the provision under the SMA of issuing a public notice to invite objections to marriages under the Act.

The ministry in its reply has stated that the intention behind the Act “is to keep adequate safeguards” with regard to the interest of the various parties involved.

“If any person raises objection to the said marriage (under SMA) within a period of 30 days, the marriage officer shall not solemnise the marriage until he enquires into the matter of objection.

It may not be possible to verify the credibility of such a person if at least thirty days period is not given as mentioned in section 7 of the Act,” the ministry has claimed.

It has further claimed that “the procedure laid down in this Act for registration of marriage is fair and reasonable”.

“The conditions relating to solemnisation of special marriage mentioned under the Act is in consonance with the intention behind the Act,” it has contended.

The inter-faith couple, represented by advocate Utkarsh Singh, have contended that the 30-day notice period discourages couples like them from getting married.

They had further contended that there was no such provision under the personal laws with regard to same-faith marriages.

In their petition, the couple has said that some objections, like unsoundness of mind of either party or they not having attained the age of marriage, that can be raised under section 4 of the Act “can be ascertained on the basis of certificates issued from a government hospital or any prescribed authority”.

The plea says the 30-day notice period inviting objections to the marriage directly impinge on the fundamental rights of the petitioners.

To this, the ministry has contended that fundamental rights are not absolute and reasonable restrictions can be imposed on them.

The petition has also said that the issue of whether either party has a living spouse, which can be raised as an objection under the Act, is not a condition imposed on same-faith marriages and imposing it on inter-faith marriages is due to a bias against such relationships.

The petition has urged the court to declare as “illegal, null, void and unconstitutional” the provisions of the Act which lay down the procedure of 30 day notice for inviting objections.

It has sought a direction to the Centre and Delhi government to decide the objections, under the Act, on the basis of undertaking and certificates issued by any government hospital or any other authority.

The plea has also sought doing away with the 30-day notice period requirement and registration of the marriage of the petitioners.