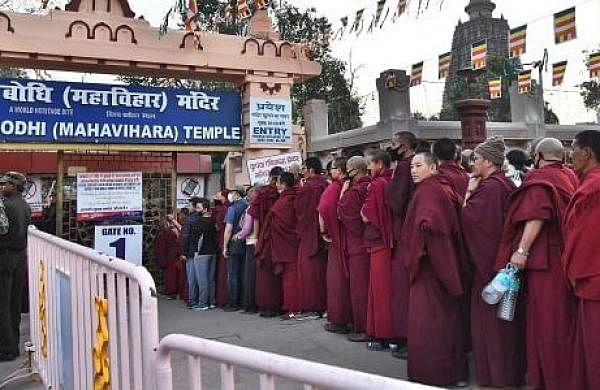 PATNA: A special NIA court in Patna on Friday sentenced life term to three accused and imprisonment for 10 years to five others in connection with a serial bomb explosion case of 2018 at Bodhgaya in south Bihar.

The blast took place on January 19, 2018, outside the Mahabodhi temple at Bodhgaya minutes after Buddhist monk the Dalai Lama ended his religious sermon at ‘Kal Chakra Maidan’. Two monks had suffered splinter injuries in the explosion.

On December 10, the NIA court headed by Guruminder Singh Malhotra had pronounced all the eight accused having their links with Bangladesh-based terrorist outfit guilty for the serial bomb blast. A number of foreign tourists, mostly monks, were present at the explosion site.

However, another accused, Zahidul Islam, didn’t confess his involvement in the incident. The accused were booked on the charges of waging a war against the State, section 16, 18 and 20 of UAPA Act, section 4/5 of Explosive Substance Act besides different sections of IPC.

The convicts were later taken to the central jail at Beur under tight security arrangements.