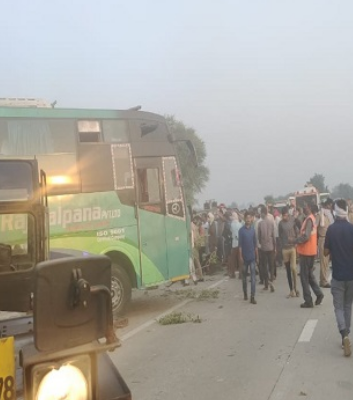 Three persons were dead and five sustained injuries after the bus they were travelling in overturned in the Tappal area of Aligarh district, police said on Saturday.

The bus, which was carrying 45 passengers, was on its way to Delhi from Kanpur. It met with an accident in the early hours of Saturday.

Meanwhile, Chief Minister Yogi Adityanath has expressed grief over the loss of lives in the road accident.

He has directed district administration officials to ensure proper medical treatment to those injured in the accident, the Chief Minister’s Office said.