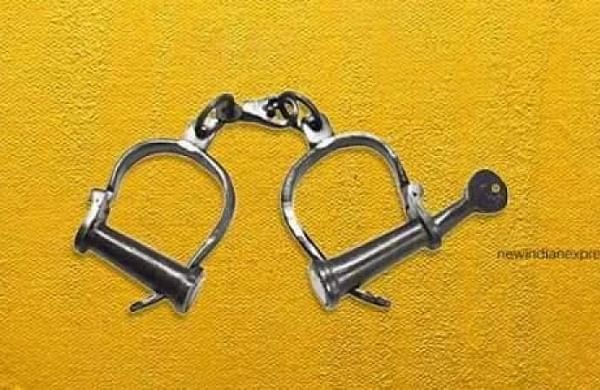 Addl DGP (ATS) Amit Vishwakarma said that the four were held from Sardarnagar area of Ahmedabad on May 12 following a tip-off.

At present they have been booked for allegedly obtaining passports on the basis of forged documents for fleeing the country in 1993, and later they would be handed over to the Central Bureau of Investigation (CBI) in the blasts case, said another official.

“To hide their real identities, they had obtained passports using forged documents. Interpol had issued a Red-Corner Notice against them on the request of the CBI which is probing the blasts case,” Vishwakarma told reporters.

It was not clear why they were visiting Gujarat, he said, adding that they were arrested under IPC sections 466 (forgery of record), 468 (forgery for cheating) and 120-B(criminal conspiracy) besides under The Passports Act.

DIG (ATS) Deepan Bhadran said  that in the 1990s, these four used to work for gold smuggler Mohammed Dossa, a henchman of fugitive gangster and the blasts’ mastermind Dawood Ibrahim. “To spread terror in India, Dossa sent them to a country in the Middle East to meet Dawood in February 1993. On Dawood’s directions, they went to Pakistan to get weapons training. Pakistan’s (spy agency) ISI also gave them training in the making and use of Improvised Explosive Devices (IEDs),” he said.

All four were part of the conspiracy hatched by Dawood and others to carry out blasts in Mumbai, the DIG added.

“It is a matter of investigation when they came back to India and what they were doing in Gujarat. Upon completion of their ATS remand in the forgery case, we will hand them over to the CBI in the blasts case,” Bhadran said.

Abu Bakar was also involved in the dumping of a consignment of weapons into the sea after the blasts, he said. At least 257 persons were killed and over 700 injured in the coordinated bombing that ripped through Mumbai on March 12, 1993.

While the special TADA court in Mumbai convicted 100 of the accused, main conspirators Dawood Ibrahim and Tiger Memon remain absconding.