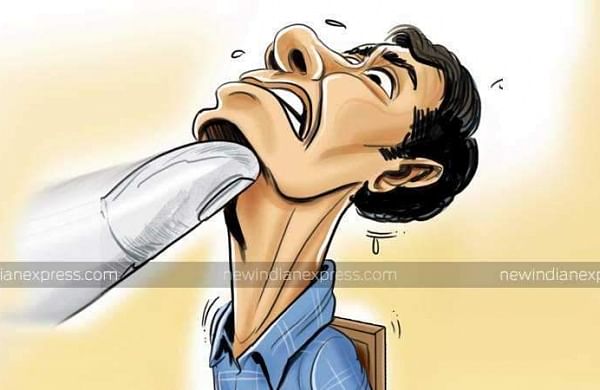 RANCHI: Twenty-seven students have been booked for allegedly assaulting 40 inmates during ragging at a tribal welfare boys’ hostel in Dumka. According to the FIR lodged at the Town Police Station, senior students summoned their juniors separately in groups of four at around 1 am and assaulted them overnight in semi-naked condition.

The FIR further states that the juniors were targeted for failing to oblige the seniors by organising a feast and inviting them to relish chicken curry and rice. Meanwhile, a probe has been initiated into the matter and the arrests will be done accordingly.

“Looking at the seriousness of the matter, we have registered an FIR with 27 named accused and an investigation has been initiated in this regard. So far, no arrest has been done as the investigation is going on,” said Dumka SP Amber Lakra. Action will be taken against those who will be found involved directly, he added.

The junior undergraduate students, who are inmates of the tribal welfare hostel number five located in SP College premises, had submitted their joint complaint to the police on Saturday. “All of a sudden in the midnight on June 22, seniors knocked at my door and asked me to come with them forcefully. As soon as I entered their room, the light was switched off and they stated thrashing me as they do it in south Indian movies. When I asked them the reason, they said we were being beaten up for not doing ‘Dobu Johar’ (greeting) ,” said one of the juniors, Gabriel Hambrom.

Another junior told that they were asked to get inside room number 101 separately in a group of four and assaulted badly in semi-naked condition. “The seniors, while assaulting us, were saying repeatedly that why we did not invite them for the feast organised after winning the ‘poultry chicken,” said Vimal Murmu, adding that they were all stripped before being beaten up black and blue. According to seniors, juniors have forgotten the gesture of greeting their seniors, he added.