24 Naxals, including 12 women, surrender in Chhattisgarh 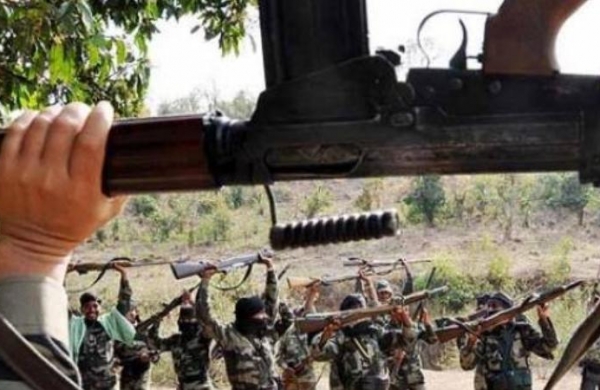 By PTI
DANTEWADA: A total of 24 Naxals, including 12 women, have surrendered in Chhattisgarh’s insurgency-hit Dantewada district, police said on Wednesday.

The cadres, who were active in south Bastar region, turned themselves in before police on the occasion of the Republic Day on Tuesday, Dantewada Superintendent of Police Abhishek Pallava said.

Three of the rebels were carrying rewards of Rs 1 lakh each on their heads, he said.

The official said the cadres expressed disappointment with the “hollow” Maoist ideology.

They were also impressed by the district police’s ‘Lon Varratu’ (return to your home/village) rehabilitation campaign, prompting them to quit the violence, he said.

Among those who surrendered, Aaytu Muchaki (31), head of Chikpal-Junglepara Dandakaranya Adivasi Kisan Mazdoor Sangthan (DAKMS-frontal wing of Maoists), Baman Denga Sodhi (40), head of Chikpal-Schoolpara DAKMS, and Kamli Madkam (32) were carrying rewards of Rs 1 lakh each on their heads.

The other 21 rebels were active as lower rung cadres, the official said.

They were given an immediate assistance of Rs 10,000 each and will be provided facilities further as per the government’s surrender and rehabilitation policy, he said.

Under the ‘Lon Varratu’ (term coined in local Gondi dialect which means ‘return to your village/home’) initiative, the Dantewada police have put up posters and banners in native villages of at least 1,600 Naxals, mostly carrying rewards on their heads, appealing them to return to the mainstream.

As part of the drive, the cadres who have surrendered are also being provided skill development training in various disciplines for their rehabilitation, the official said.

Since the drive was launched in June last year, 272 Naxals have so far surrendered in the district, he added.