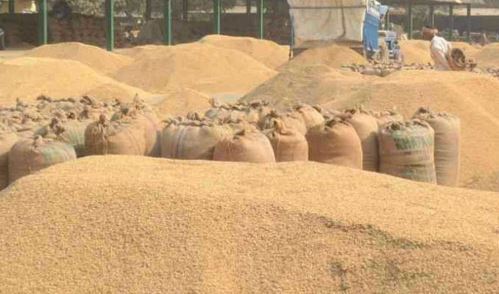 In the year 2017-18, 56.85 lakh metric tonnes of paddy was purchased in the state of Chhattisgarh at the support price. During two years, this figure of paddy procurement reached 83.94 lakh MT. Considering the number of farmers registered to sell paddy this year and the area under paddy, the support price is estimated to be higher than last year. Regarding this, all possible arrangements are being ensured by the state government. Despite the lack of gunny bags for the procurement of paddy, the government is engaged in its management. All arrangements are being made for the convenience of the farmers in the paddy procurement centers.

Chhattisgarh government had purchased 80.38 lakh metric tonnes of paddy from 15.71 lakh farmers in the year 2018-19. In the year 2019-20, a record 83.94 lakh metric tonnes of paddy was purchased from 18.38 lakh farmers. The percentage of farmers selling paddy has also increased compared to registered farmers in the state in two years. In 2017-18, 76.47 percent farmers sold paddy. With the Chief Minister, Mr. Bhupesh Baghel taking over the reins of the state, this figure has increased to 92.61 percent in the year 2018-19. In the last marketing year 2019-20, 94.02 percent farmers in the state sold paddy at the support price.