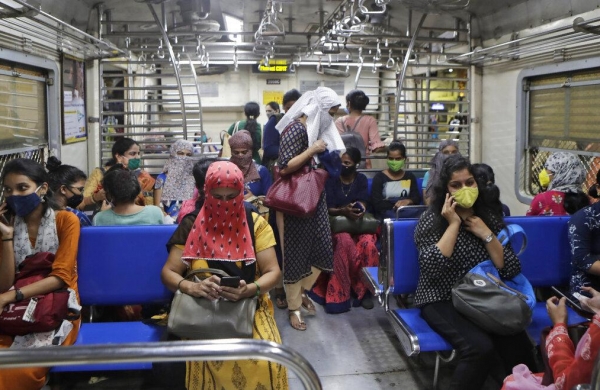 By PTI
MUMBAI: An additional 204 special local train services will be run on the Mumbai suburban network from Friday, railway officials here said.

With this, the total number of services, currently available only for select sections of commuters, on the suburban network will go up to 2,985, the Central Railway and the Western Railway said in a joint statement on Tuesday.

The addition of 204 suburban services will lead to resumption of about 95 per cent of the total 3,141 local train services, which were being operated collectively by the CR and WR before the COVID-19 outbreak, railway officials said.

The decision to increase the local train services comes after Chief Minister Uddhav Thackeray on Monday said a decision on allowing all commuters to board suburban train services in Mumbai will be taken “soon”.

Thackeray held a review meeting on Monday on the issue of resumption of suburban train services, considered as the lifeline of Mumbai, for all members of the public.

Currently, only some categories of commuters, like women and those providing essential services, can travel by local trains in the Mumbai region after obtaining a special pass, in view of the COVID-19 pandemic.

The suburban train services were suspended in March- end last year due to the coronavirus outbreak and gradually resumed from June.

Before issuing the joint statement, the WR announced that it would resume 100 per cent suburban services on its network, but later withdrew the decision.

In the joint statement, the railway authorities also appealed to travellers to follow the standard operating procedures related to COVID-19 prevention while travelling in the local trains.

They also clarified that only passengers permitted by the Ministry of Railways and the Maharashtra government allowed to travel in the suburban trains.

“Others are requested not to rush to the railway stations,” the release said.

During normal times before the lockdown, the Central Railway used to operate 1,774 services, while the Western Railway ran 1,367 services on the suburban network.

The CR and WR resumed the suburban services for emergency and essential services staff on June 15 last year.

Gradually, passengers from some other categories, like lawyers and staff of foreign consulates, were also allowed to travel in the local trains.

In October last year, the state government proposed to the railway authorities to allow the general public to board the local trains at stipulated timings during non-peak hours.

But, the plan was put on the back-burner as COVID-19 cases rose in some places after the Diwali festival.