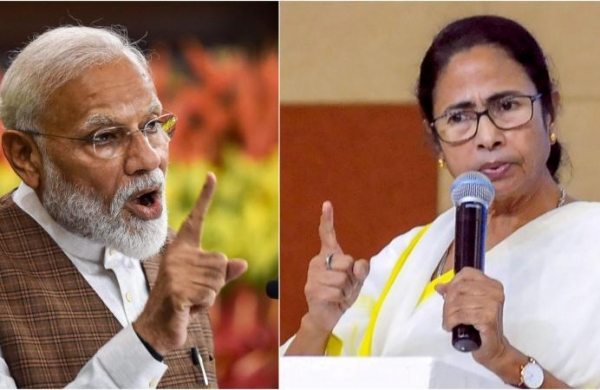 Express News Service
KOLKATA: Giving a clarion call to dethrone the BJP in the 2024 general elections, TMC chief Mamata Banerjee on Wednesday urged the Opposition to unite against the Narendra Modi government keeping aside all other interests.

Taking her ‘Khela Hobe’ pitch to the national stage, she said ‘Khela’ (game) will happen in all other states in the 2024 elections until the BJP government is derailed. She requested all non-BJP parties to start planning from now as only two-and-a-half-year is left.

Referring to her party’s stupendous victory in the 2021 Assembly elections, Mamata, while addressing virtually on the occasion of the party’s annual Martyr’s Day event, said, “Khela ekhono sesh hoy ni. Khela hobe ebar onno shob state e jotodin na BJP utkhat hochhe kendro theke (the game is not over yet. The game will continue until the BJP is uprooted from the Centre).”

‘Khela Hobe’ slogan was coined by Mamata ahead of the last Assembly polls in Bengal when she lashed out at the BJP in public rallies. The TMC organises its Martyr’s Day event on July 21 every year to observe commemorate the death of 13 party workers who were gunned down during a protest march led by Mamata in 1993 under the banner of Youth Congress.

Aiming to unite all oppositions under one umbrella, Mamata said, “Not even three years, only two-and-a-half-year is left. We have no time to waste planning for the general elections. We should be united. Forget your all other interests. Now we should focus on one interest which is saving the country. If we form an alliance shortly before the elections, it may not work. I will be in Delhi shortly. I propose Sharadji (Sharad Pawar) and Chidambaramji (P Chidambaram) call a meeting of opposition leaders. I will act as a worker and follow the instructions given by the leaders of the alliance.”

Mamata’s call to unite the opposition parties on Wednesday is said to be her first move to venture into national politics ahead of the 2024 general elections.

For the first time, the TMC organised the screening of Mamata’s virtual address in Delhi, Gujarat, Uttar Pradesh, and other states showcasing her as a face of anti-BJP. Underlining the national emphasis of her speech, Mamata spoke for 45 minutes in Bengali, Hindi, and English.

At the beginning of her speech, Mamata thanked Congress leaders P Chidambaram, Digvijay Singh, NCP chief Sharad Pawar, Priyanka Chaturvedi of Shiv Sena, Jaya Bachhan of Samajwadi Party, and representatives Akali Dal, DMK, and other parties for attending the event at the Constitution Club in Delhi.