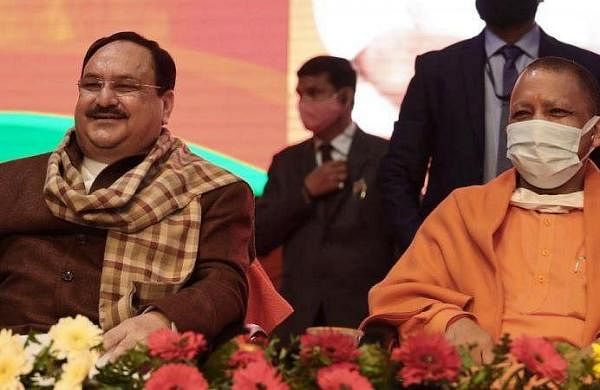 LUCKNOW: The ruling BJP, which had contemplated denying tickets to a major chunk of sitting MLAs for the 2022 assembly polls, is now re-drawing a strategy of shuffling of the seats to stem any possible rebellion in the party.

As per the highly-placed sources, the BJP is planning to field the sitting MLAs low on the popularity graph on a different seat either in the same or different district.

The party insiders claimed that a survey carried out by the party top brass and the state government across UP found that at many places the electorate was unhappy with the local MLA but still wanted to vote in the name of Prime Minister Narendra Modi and UP CM Yogi Adityanath. “The people are happy and content with the way Yogi government has worked so far despite having issues of non-performance with their MLAs,” said a senior BJP leader.

The BJP sources claim that as per the survey, people are not happy with the functioning of around 50 per cent of the current 304 sitting MLAs in their respective areas. The party insiders say in order to return to power, the party will need to deny tickets to at least 30-40 per cent of the sitting MLAs by fielding fresh faces in their place.

“This will help the party to maintain the connect with the electorate and mobilize them in party’s favour in the constituencies where voters are not happy with the sitting MLA,” said a BJP leader.

At high-level confabulations among the top party leaders, it is believed to have surfaced that rebellion may strike the party if the SP, BSP and Congress turncoats who had joined the BJP ahead of 2017 were denied tickets despite figuring low on popularity graph in their respective constituencies.

“Such MLAs constitute around 30-40 per cent of the total BJP strength in the assembly. If they are denied ticket this time, they may resort to rebellion and may challenge the BJP candidate on a ticket from either SP, BSP or Congress spoiling the equation for the party,” said a senior BJP leader.

Taking all these factors into account, the ruling party has decided to deny tickets only to those sitting MLAs who, if turn rebel, do not have much impact on the party’s performance, said the party sources.

On the contrary, the MLAs with promising clout in their respective caste base could be shuffled. They could be fielded from a different seat to check the possible drift in their caste base to other parties, claimed a senior BJP leader. The party sources said the seats of sitting MLAs belonging to Kurmi, Maurya, Rajbhar, Brahmins, Thakur and some other castes could be changed.