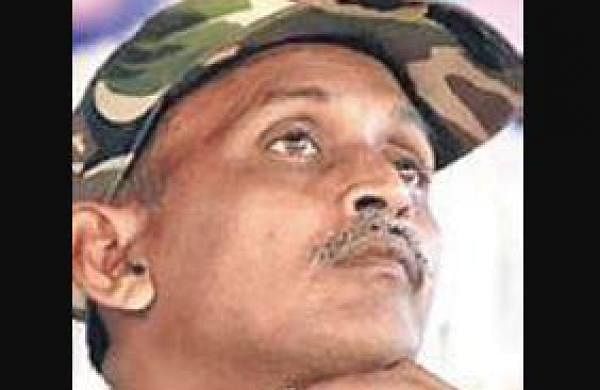 RAIPUR: Top Maoist leader Akkiraju Haragopal alias Rama Krishna (RK), who was a Central Committee member of the outlawed CPI (Maoist), died of chronic illness at some unknown forest terrain close to Pamed in Bijapur district on Thursday, according to reliable sources.

Hailing from Guntur district in Andhra Pradesh and in-charge of Andhra-Odisha Border (AOB) Special Zonal Committee, the 55-year-old leader was taking treatment for his chronic illness somewhere in south Bastar’s remote jungle of Pamed, 450 km south of Raipur. He was popularly known as Saket in AOB.

He was a member of the Maoist central team that negotiated peace talks with the government of the erstwhile united Andhra Pradesh in September, 2004. He was also overseeing the Maoist technical wing.

In 2016, he managed to escape from a fierce encounter with Greyhounds at Odisha’s Malkangiri, in which 28 Maoists were killed. Akkiraju Haragopal alias Ramakrishna, more popularly known as RK, hails from Tumrakota in Guntur district of Andhra Pradesh. RK’s wife Padma alias Sirisha was a former Maoist while their son, Munna alias Sivaji was killed in an alleged encounter at Ramaguda in 2016.

RK, who is Central Committee member of the CPI (Maoist) now, is also heading the Andhra-Odisha Border (AOB) Special Zonal Committee and is said to have escaped several encounters with the security forces in the forests of Andhra Pradesh as well as in neighbouring Maoist affected States of Odisha and Chhattisgarh. RK was reportedly present at the exchange of fire that took place between Maoists and the security forces at Ramaguda on October 24, 2016.

Though there were reports that RK was killed in the Ramaguda encounter, it later emerged that he escaped hurt while his son, Munna alias Sivaji, was among the 24 Maoists killed in the exchange of fire with the security forces. RK reportedly escaped to Chhattisgarh after the encounter. RK had been suffering from various health ailments since long.