Putting the Super in Chennai Kings 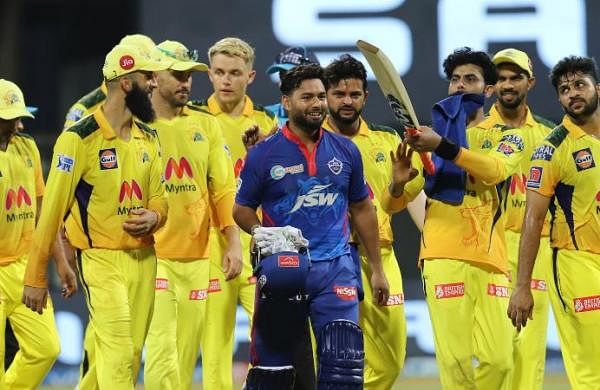 CHENNAI: In 2018, the IPL title triumph was almost like mocking everyone who doubted them. Coming into the tournament after a two-year suspension, the Chennai Super Kings got stick for choosing an experienced side. While everyone looked at the average age of the squad and wrote them off after the auctions, Chennai backed the team they assembled. Age factor was something they were asked about each time they faced the press. What was not lost was in all their responses was they accepted that fielding will be an issue with an aging squad.

With almost the same aging squad with MS Dhoni, Dwayne Bravo, Faf du Plessis, Ambati Rayudu still forming the nucleus of the side, they are in their third final in four years and ninth overall. It is no easy job. Particularly in a tournament where there is no scarcity of quality. While teams around them had the exuberance of youth and X-factor players, Chennai stuck to backing their process. There is no rocket science involved in that process and it just comes down to keeping the plans simple and easy to execute.

In a world where most teams and captains bank on player matchups driven by data analytics, their head coach Stephen Fleming doesn’t believe in it. If a reporter wants to build his story around it, Fleming doesn’t even see merit in it. He prefers to keep it simple by all means. Pick a squad, assign each one their role, back them to execute it. While most teams would have seen players in the wrong side of 30s as a liability on the field, Chennai knew their experience of being in different situations will be more than handy. On the field, they are easy to second-guess. For a captain who preferred bowling a spinner in the powerplay, he seldom uses them. Since the ban finished, Harbhajan Singh in 2019 at Chepauk has been the exception.

One drastic change Chennai have brought in 2021 after the low of 2020 has been the attitude in their batting department. The increased depth has allowed them to attack at all times. Openers Ruturaj Gaikwad and Faf du Plessis have strike-rates of 137.35 and 137.09. Moeen Ali, who has mostly batted at No 3, strikes at 133.33. Rayudu, the No 4, has scored at 151.17. Among batters who played at least 10 innings, Dhoni’s strike-rate of 106.54 is the lowest.

“We needed to play a faster game, we needed to keep evolving if we were not in Chennai. And that’s what we are trying to do; we are not the finished product by any means, but we’re playing well at the moment,” Fleming had said. Once they identified the brand of cricket they wanted to play, they have stuck to it. That in Moeen they had a batsman who plays spinners well meant Chennai didn’t necessarily have to bank only on Rayudu for big hits in the middle overs. They attacked relentlessly.

Now they are one win away from rounding off an era where they have been amongst the best T20 teams globally. Not many can match their final appearances and a fourth title would be perfect farewell for a side that has largely remained unchanged over the years. Though Dhoni still aspires to don the yellow as a player next season, it is hard to see him continue beyond this season as a captain. Given that the upcoming auction is a mega one, Chennai would like to identify a core group that would serve for another decade. For 12 seasons, they have been most consistent and Dubai will be a perfect crowning moment for the likes of Dhoni and Dwayne Bravo, the ultimate Super Kings in the format.

Chennai story After the disappointment of 2020, Chennai Super Kings were expected to struggle as the big auctions were put off. However, the side put aside adverse predictions to be back in the final, a place they have been on eight previous occasions. A look at what made them click in 2021…

Top-order solidity7/1, 24/1, 25/1. After the first three games of the season, there must have been a temptation to drop Ruturaj Gaikwad. Scores of 5 (8), 5 (16) and 10 (13) were below par and it meant they were beginning their innings on the backfoot. However, they trusted the data and kept faith. End result? Gaikwad and Faf du Plessis have become synonymous with good starts. In the next 12 games, they have combined for two 100-run stands, four partnerships of over 50 and one over 40. That all of those stands have come in good time meant the middle-order had the license to keep going.

Batting depth On the occasions when Gaikwad and Du Plessis have failed, the franchise have relied on their ridiculous batting depth to dig them out of a hole. Consider this — they are yet to lose a chase this season and that’s largely thanks to this depth. It was MS Dhoni against Delhi Capitals in the first qualifier, Ambati Rayudu against Sunrisers Hyderabad a week before that and Ravindra Jadeja against Kolkata Knight Riders three weeks ago. They are yet to be bowled out and have lost eight wickets or more only twice across 15 matches.

All-round bowling performanceThe franchise doesn’t have a single individual among the top seven in the wicket-takers’ list. But, that kind of masks what their bowling line-up is all about. There isn’t one single superstar but a support cast that compliments all the other bowlers. Shardul Thakur (18 wickets), Dwayne Bravo (13), Deepak Chahar (13), Ravindra Jadeja (11), Sam Curran and Josh Hazlewood (9 each) and Moeen Ali (6) have all chipped in. Between them, they have different variations, new-ball wicket takers, controlling spinners and death over specialists.

05 There are five Chennai batsmen with a strike rate of above 133 among the top 20 (a league high, minimum 10 games)
603 No of runs scored by Gaikwad, 23 behind Orange Cap holder KL Rahul