Viewing women as manifestations of Goddess could help curb crime against them: Yogi Adityanath 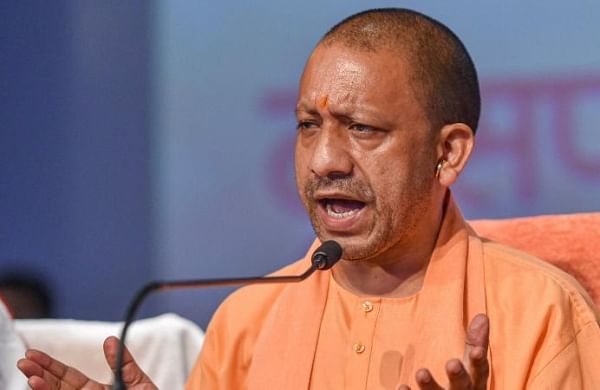 GORAKHPUR: Uttar Pradesh Chief Minister Yogi Adityanath on Thursday urged people to view women as manifestations of the Goddess and said that this could help curb crime against them.

The chief minister was speaking to reporters here after performing ‘Mahanavami pujan’ on the last day of the nine-day festival of Navratri.

Earlier in the day, he performed ‘Kanya Pujan’ after washing the feet of young girls.

He also served lunch to the girls and ‘Batuk’ (boys).

Daughters and sisters should be accorded goddess-like sanctity, Adityanath said.

If women are seen as manifestations of the Goddess, many incidents of crime happening against them can be prevented, he added.

The chief minister also appealed to people to join hands for women’s education, health and security.

“The scheme ensures a monetary aid of Rs 15,000 in phases for the education of a girl child up to graduation,” he said.

Under the ‘Mukhya Mantri Samuhik Vivah Yojana’, he said, the government supports families of poor women who can’t afford to pay for their weddings.

Adityanath also extended Vijay Dashmi greetings to the people and said that the festival is a reminder to walk on the path of “truth, dharma (religion) and nyay (justice)”.

“Even the biggest powers can be defeated by walking on the path of truth, justice and dharma and it certainly ensures victory,” he said.

Adityanath will lead a traditional ‘Shobha Yatra’ on the occasion of Vijay Dashmi on Friday from the Gorakhnath temple.