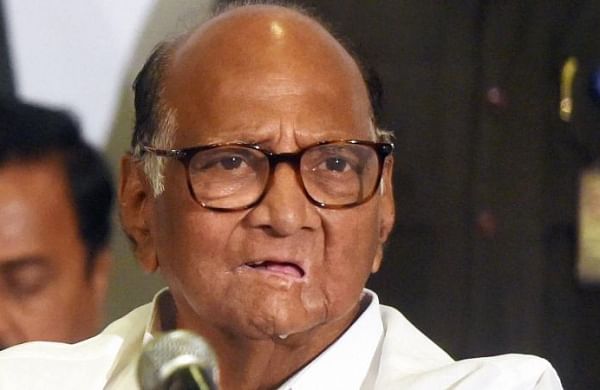 MUMBAI: Taking a dig at senior BJP leader Devendra Fadnavis, who had said that he still feels as chief minister of Maharashtra, NCP president Sharad Pawar on Wednesday said he lacked this trait even though he had served as CM for four times.

Fadnavis hit back saying some leaders are unhappy over his achievements as a former chief minister who completed his full five-year term, unlike Pawar.

“It’s good that the BJP leader still considers himself as the chief minister. I congratulate him. After being the chief minister for five years, Fadnavis still feels he is holding the post. I lacked this trait. I had served as chief minister (of Maharashtra) four times. But I don’t even remember,” Pawar told reporters in Mumbai.

He also referred to Fadnavis’ famous “Me Punha Yein” (I will return) slogan which had become popular before the 2019 Maharashtra assembly elections.

The slogan had become a subject of ridicule and inspired many mock-filled messages and WhatsApp memes taking a dig at the BJP leader.

Fadnavis, while speaking at an event in Navi Mumbai, had said that the people of Maharashtra never made me feel that I am not the chief minister.

“I still feel that I am chief minister as I have been roaming in the state over the last two years. The love and affection of people have not receded,” he had said.

On Wednesday, he hit back at Pawar saying some leaders are unhappy over his achievements as a former chief minister.

“Pawar never completed a full five-year term even though he had served as CM for four times,” Fadnavis said in Panaji.

“People have not listened to my exact speech given in Navi Mumbai but are jumping on to react over the issue. The fact is that I am the only chief minister in the last 40 years who has completed his full five year term.

“These party leaders are unhappy because of my achievements. I am also happy in my current posting as Leader of Opposition,” he told reporters.

After the Shiv Sena walked out of the alliance with the BJP after the 2019 polls, he forged a tie-up with a breakaway group of NCP MLAs led by Ajit Pawar and was sworn in as chief minister with Pawar as his deputy.

But this government lasted only for three days for want of the numbers and was replaced by an alliance of the Shiv Sena, NCP and Congress, headed by Uddhav Thackeray.

On a bandh observed in Maharashtra on Monday by the Shiv Sena, NCP, and Congress over the Lakhimpur Kheri incident, Fadnavis said it was good that Pawar himself admitted how Shiv Sena succeeded in organising the shutdown by threatening the people.

“An incident happened in Uttar Pradesh but here Maharashtra government used its own state machinery to make the bandh successful. Shiv Sena workers were openly threatening shop owners. It was a state-sponsored suppression due to which people got scared and remained in their homes,” he alleged.

Fadnavis said he was happy that Pawar had admitted what happens when Shiv Sena gives a call for bandh and how it uses its force against the people to close down the business activities.

Commenting on raids by CBI on the premises linked to former Maharashtra home minister Anil Deshmukh who belongs to the NCP, he said, “CBI officials could visit Deshmukh’s home only because of the order issued by the Bombay High Court. The Maharashtra government has withdrawn its support to cooperate with the CBI when there are at least 80 different cases of corruption, bank frauds among others”.

Fadnavis said the way Central agencies are treated in Maharashtra, it is highly objectionable.