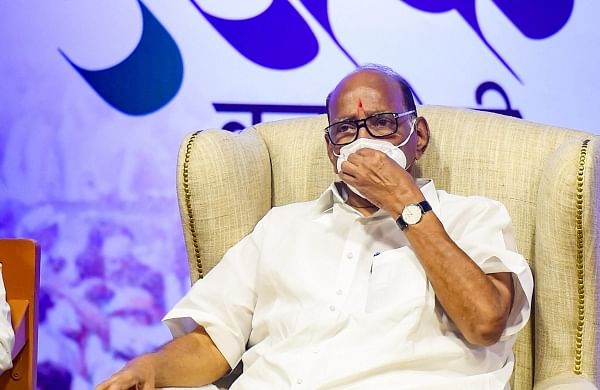 MUMBAI: In view of the barrage of summons and raids by the central agencies against the NCP ministers and leaders, the NCP chief Sharad Pawar called a meeting of his party leaders on Tuesday and decided not to succumb to the pressure of the BJP but to fight it out.

The Income Tax department has been conducting raids at sugar factories and other properties linked to Dy CM Ajit Pawar, his son Parth Pawar and his sister in the last three days.

Nawab Malik, chief spokesperson of NCP, said in the meeting with NCP chief Sharad Pawar that it was decided not to be afraid of the inquiries of the central agencies but to face firmly. He said that the central agencies on the behest of the BJP are targeting their political opponents.

“We will not succumb to the pressure tactics of the BJP through central agencies. BJP is out of power and they are very desperate to come back to power in Maharashtra, therefore they are using all tricks from the book to harass us. But BJP should understand that the agencies’ actions against the NCP and other leaders will not make much difference over the government in the state. In fact, such action with a vendetta is strengthening the Maha Vikas Aghadi government. We are more confident of surviving this government,” Nawab Malik said.

He also said it is crystal clear that the BJP is misusing the central agencies to target their political opponents but it will yield little result to them. “We are firm and have decided to extend support to all our leaders who are facing the probe of the central agencies. We are also sure that such barrage of notices, summons and raids will boomerang to BJP as it happened when ED issued notice to the NCP president Sharad Pawar. That one notice of ED changed the political situations in Maharashtra,” said the senior NCP minister adding that the recent local body elections results shows that the people are backing Maha Vikas Aghadi, not the BJP.

Attacks on Christians on rise across India; 300 cases registered in 2021