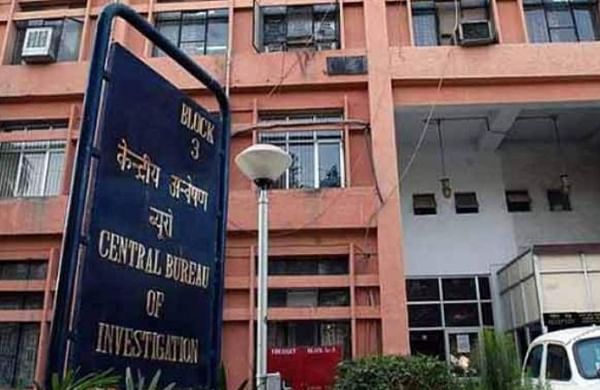 SRINAGAR: A week after his unceremonious exit as the advisor to the Jammu and Kashmir Lt Governor, the CBI Tuesday searched the residence of Baseer Ahmed Khan, alongside those of two other serving IAS officers in a case related to arms licenses being issued in the erstwhile state on fake and forged documents.

The searches included the officials and residential premises of around 14 serving and retired officials from the IAS and Kashmir Administrative Service (KAS), who were posted as district magistrates.

The Tuesday searches also covered five private persons who allegedly acted as middlemen and agents, besides 10 gun houses or dealers, the spokesperson said.

It led to the recovery of “incriminating documents” including those related to the issuance of arms licenses, list of beneficiaries, documents related to investment in fixed deposit receipts and other sale proceeds.

The CBI had registered two cases on the request of the Jammu and Kashmir government which alleged bulk issuance of arms licenses in the erstwhile state during 2012 to 2016.

It was alleged that more than 2.78 lakh arms licenses were issued to the non-entitled persons.

The CBI also collected documents that allegedly suggested such issuance of armed licences spread over 22 districts of Jammu and Kashmir.

During the probe, the agency had come across evidences suggesting the role of Khan, who was made an advisor to the first Lt Governor G C Murumu and also served the incumbent Manoj Sinha.

Khan enjoyed the complete support of the Lt Governor’s administration till very late in his stint.

He had all important departments including tourism under him.

However, he was unceremoniously removed from the post on October 5 on the orders of the Union home ministry.

Besides Khan, the house of Commissioner Secretary Jal Shakti M Raju, an IAS officer of the 2005-batch was also searched.

He was the deputy commissioner of Kargil during the period being probed by the CBI.

The agency also raided Prasoona Ramaswamy G, an IAS officer of 2010 batch and at present posted as Director Census.

Promoted IAS officer Sajjad Ahmed Khan, now retired, was also searched as he was posted as the district magistrate of Poonch during the period.

Sanjay Puri, who was the District Information officer at Rajouri, was also searched.

The CBI said that during investigation and scrutiny of documents, the role of certain gun-dealers was found who in connivance with the public servants and had allegedly issued such illegal arms licenses to the ineligible persons.

It was also alleged that the persons who got these licenses were not the residents of the places from where the arms licenses were issued.

It is alleged that then public servants in cahoots with other accused issued arms licences to non-residents in violation of rules and received illegal gratification.

The Rajasthan ATS had unearthed the scandal in 2017 and had arrested over 50 people for their alleged involvement in the illegal issuance of arms licenses.

According to the ATS, over 3,000 permits were granted allegedly in the name of army personnel.

Based on ATS findings, the then Jammu and Kashmir Governor N N Vohra had handed over the matter to the CBI.