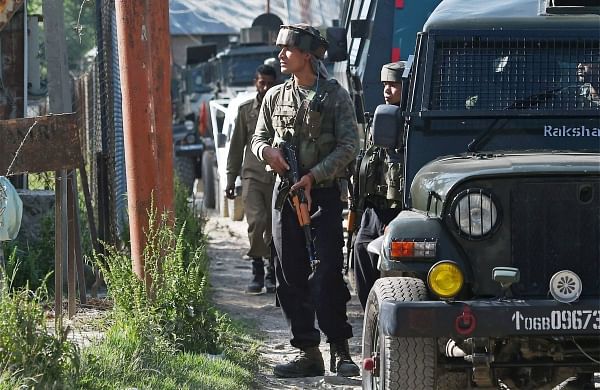 SRINAGAR: Two terrorists were killed and a policeman was injured during encounters in Jammu and Kashmir’s Anantnag and Bandipora districts on Monday, police said.

Security forces had launched a cordon and search operation at Khagund in Anantnag district’s Verinag area following information about the presence of terrorists there, an official said.

The search operation turned into an encounter after terrorists opened fire on the security forces, who retaliated, he said.

The police official said that while one militant has been killed, a policeman suffered injuries.

Jammu and Kashmir | One unidentified terrorist killed and one policeman injured in an encounter at Khagund, Verinag area of Anantnag. Operation in progress.(Visuals deferred by unspecified time) pic.twitter.com/RcoQHxVhNP
— ANI (@ANI) October 11, 2021
He added that the operation is going on.

In another encounter, which broke out at Gundjahangir in Bandipora district’s Hajin area, a Lashkar-e-Toiba militant was killed.