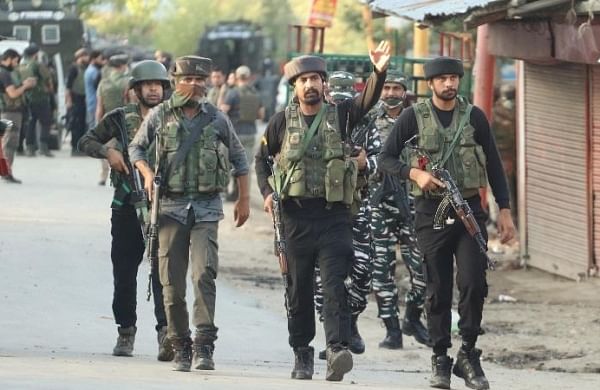 CHANDIGARH: The Punjab government on Monday announced an ex gratia of Rs 50 lakh and a government job each for the families of three soldiers from the state killed in a gunfight with terrorists in Jammu and Kashmir’s Poonch district.

Five Army personnel, including a Junior Commissioned Officer (JCO), lost their lives in a fierce gunfight with terrorists during an operation in Poonch district of Jammu and Kashmir on Monday.

The operation was launched in a village close to Dera Ki Gali (DKG) in Surankote in the early hours following intelligence inputs about the presence of terrorists who had infiltrated from across the Line of Control (LoC).

Naib Subedar Jaswinder Singh, who was from Mana Talwandi village in Kapurthala district, is survived by his wife Raj Kaur and daughter Samarjit Kaur.

Naik Mandeep Singh, from Chhatha Shira village in Gurdaspur district, is survived by his wife Mandeep Kaur and two sons.

Sepoy Gajjan Singh of Pachranda village in Rupnagar district had got married just four months ago.

He is survived by his wife Harpreet Kaur, according to an official statement.

Minorities are being selectively targeted & now five soldiers have been killed in action in Surankote sector. We need to deal with it decisively and firmly.”

“Shocked & saddened by the loss of 5 brave army men, 3 from Punjab, in an encounter in J&K. Urge Pb govt to provide Rs 50 lakh compensation to each martyr’s family. Blessed is our land which produces brave soldiers & food growers. My deepest condolences to the bereaved families,” he tweeted.