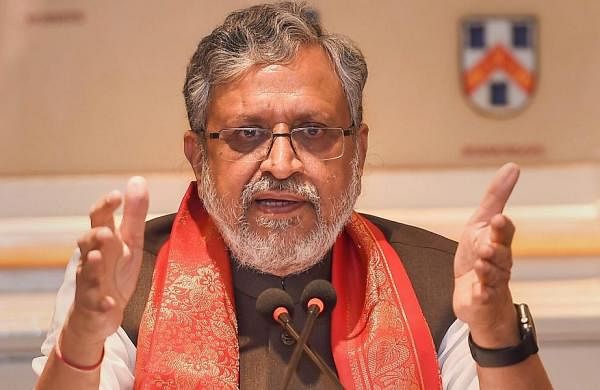 PATNA/NEW DELHI: Rajya Sabha MP Sushil Kumar Modi from Bihar has been nominated to chair the Parliamentary Standing Committee of the Ministry of Personnel, Public Grievances Law and Justice.

The former deputy chief minister of Bihar had earlier chaired the parliamentary panel n Science and Technology and Urban Development. This is for the first time that five MPs from Bihar have been entrusted with chairing these panels. Other MPs include Radha Mohan Singh for the ministry of railways, Bihar BJP chief Dr Sanjay Jaiswal for water resources, Munger MP and JDU national president Rajiv Ranjan for energy and Rama Devi for social justice department and empowerment.

While Congress MP from Thiruvananthapuram Shashi Tharoor will retain the panel on IT despite opposition from some BJP MPs, senior leader Anand Sharma will continue heading the panel on Home. Jairam Ramesh from Congress will also continue to chair the committee on Science and Technology.

In a minor reshuffle, Congress leader KC Venugopal has replaced Abhishek Singhvi for the panel on defence, and RJD MP and DU professor Manoj Kumar Jha has been nominated in the labour department from the Railway committee.