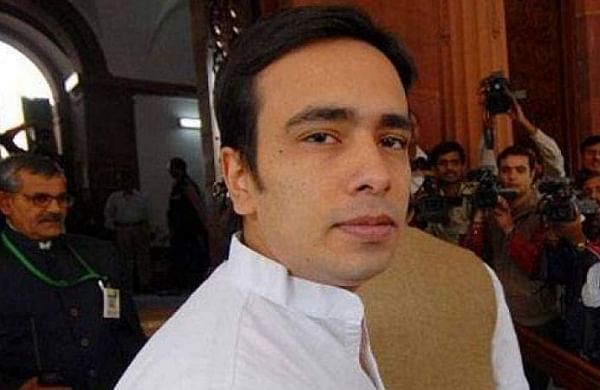 NOIDA: Ahead of next year’s assembly elections in Uttar Pradesh, Rashtriya Lok Dal (RLD) chief Jayant Chaudhary on Monday asked people to not forget the Lakhimpur Kheri episode and take revenge for the atrocities on farmers though their votes.

Chaudhary also announced that if his party is voted into power in Uttar Pradesh, high court benches will be set up in western UP, Bundelkhand and Purvanchal areas of the state.

He also promised that if his party comes to power, inter-caste couples getting married would be given Rs 1 lakh encouragement reward and scholarships would be doled out for the backward and Dalit students who secure admission in prestigious universities abroad.

The RLD national president made the promises during public programmes in Muzaffarnagar and Amroha districts in western UP on Monday, organised as part of his ‘Aashirwad Path’ public outreach campaign in the state ahead of 2022 assembly polls.

Currently UP, the country’s most populous and one of the largest states in area, has a High Court in Allahabad with a bench in Lucknow.

Demand for high court benches in other parts of the state have often cropped up in the past.

“If RLD comes to power in Uttar Pradesh, our government would set up high court benches in western UP, Bundelkhand and Ghazipur (in Purvanchal),” Chaudhary said, according to a party statement.

“Also, those who break caste barriers will be given an incentive of Rs one lakh for inter-caste marriages and special scholarships will be given to promising students from backward castes and Dalit community on getting admission in reputed universities of the world,” he said.

Assembly polls in Uttar Pradesh are expected early next year.

During the events, the RLD chief also hit out at the Yogi Adityanath-led government in UP, saying not even BJP voters would have imagined the atrocities being committed by it.

“You all have witnessed the Lakhimpur Kheri episode.

The government has left behind even the British Raj in committing atrocities on the people.

You must remember the names of the farmers who got martyred in Lakhimpur Kheri and you must take revenge for the atrocities though your votes,” he told crowds at Budhana and Rajabpur.

He alleged that Union Minister Ajay Mishra’s son Ashish, who is an accused in the Lakhimpur Kheri case, was sitting at his home but the UP police did not arrest him soon after the incident.

The minister’s son Ashish was arrested on Saturday by the Uttar Pradesh Police in connection with the October 3 violence in which eight people, including four farmers, were killed.

He was produced before a court late on Saturday night, which sent him to 14-day judicial custody.

He also trained guns at the Narendra Modi-led government at the Centre, accusing it of helping “corporate friends” and not working for welfare of the common man, the poor and the farmer.

“A recent survey showed that while the poor of the country battled starvation and many lost their jobs during the COVID-19 pandemic, the wealth of some selected rich men in the country doubled during the period.

These are the same corporate friends of the government whose wealth increased,” he alleged.

He said if his party comes to power in UP, a Rs 2,500-crore entrepreneur fund would be started to specially give loans to people from the SC/ST communities in order to help them start their businesses.

A separate Rs 2,500 crore fund would be set up to provide loans to youngsters for their agriculture-related start ups.

“If our party comes to power, we will ensure security and safety of everyone, including the minorities, in the state,” Chaudhary added.