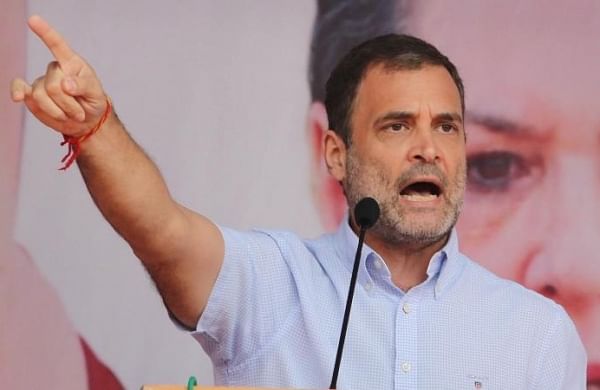 NEW DELHI: Congress leader Rahul Gandhi Sunday hit out at Prime Minister Narendra Modi saying he remains silent on the “killings of farmers and BJP workers”, and rising prices, but turns “violent” when he is criticised or his “friends” questioned.

He also targeted the government over Army Chief General M M Naravane’s “China was here to stay” remark in the context of standoff in eastern Ladakh.

“‘China here to stay.’ Where? On our land,” Gandhi said on Twitter, tagging a media report on General Naravane’s statement on the PLA build-up.

In another tweet, the former Congress chief attacked the prime minister over his silence on the rising fuel price prices and the recent “killings” of farmers in Lakhimpur Kheri.

“PM silent – rising inflation, fuel prices, unemployment, murder of farmers and BJP workers. PM violent – lack of camera and photo-op, true criticism and questions on friends,” he said in a tweet in Hindi.

Gandhi and his Congress party have been attacking the prime minister on issues of China, inflation and his silence on the Lakhimpur violence that left eight dead including four farmers, BJP workers and a journalist.

Speaking at the India Today conclave Saturday, Gen Naravane had said, “Yes, it is a matter of concern that the large-scale build-up has occurred and continues to be in place, and to sustain that kind of a build-up, there has been an equal amount of infrastructure development on the Chinese side.”