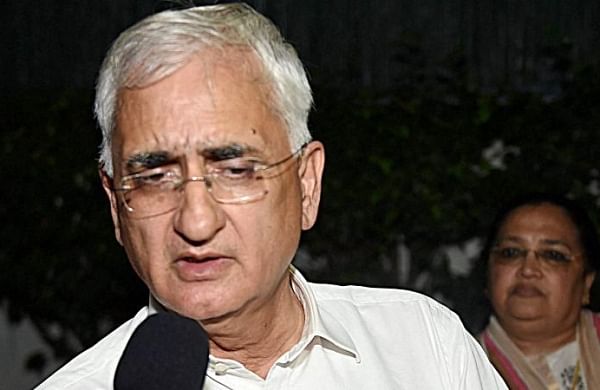 LUCKNOW: Senior Congress leader and former Union minister Salman Khurshid on Sunday termed the October 3 violence in Lakhimpur Kheri as “tragic” and said this was not an ordinary crime as it was committed because of a “particular callous attitude” towards a democratic protest.

He also said that “one should not see an opportunity in this tragedy”.

Eight people died in the violence and of them, four were farmers, allegedly knocked down by a vehicle carrying BJP workers. Infuriated farmers then allegedly lynched some people in the vehicles. The other dead included two BJP workers and their driver.

Farmers claimed that Union Minister Ajay Mishra”s son Ashish was in one of the vehicles, an allegation denied by him and his father who say they can produce evidence to prove he was at an event at that time.

“The fact is that the attitude which led to the tragedy. This was not an ordinary crime, this was a crime committed because of a particular callous attitude towards the democratic protest,” Khurshid told PTI on Sunday.

“This attitude, if it continues, is going to be devastating for many people in the Indian democracy. I think that this has to be vigorously fought,” he said.

He added that the symbol of resistance has become the farmers” protest.

Farmers, mainly from Punjab, Haryana and Uttar Pradesh, have been holding protests since the enactment of three farm laws in September last year and demanding these be repealed.

When asked as to how the Congress will counter the “BJP”s hindutva”, Khurshid said, “Let me make it clear. This is a Hindu majority nation. Uttar Pradesh is a Hindu majority state. You cannot honestly believe that the major must not have a voice in deciding how the state is run.”

“It will have a voice. But the majority’s voice cannot completely negate the minority. It cannot happen,” he said.

The Congress leader, who is in Uttar Pradesh, which goes to assembly polls next year, also said that his party has a campaign on Hinduism.

“Our Hinduism campaign is that Hinduism is inclusive, Hinduism is secular. And, therefore Hinduism wants to move hand in hand with other religions including Islam,” he said.

About preparations of the Congress at the grassroot to strengthen itself before the polls, he said that the elections are also about the mood of the people.

“The mood of the people as far as we have judged is very adverse to the present BJP government (in Uttar Pradesh). I think that their colossal failure during the COVID-19 pandemic is not being forgotten. It is a very sensitive thing. You don”t want to seek votes or campaign on the misery that was inflicted on the people by the inaction of the insensitive government,” he said.

“But, I do believe that there is a lot of disquiet and anger against this government. How this anger will pan out in the election, who will finally be seen as an alternative that can defeat and replace the government, I think all that will become apparent during the dynamics of the election,” Khurshid remarked.

When asked to comment on who is currently leading the Congress, he said, “Mrs Sonia Gandhi is our president, Mr Rahul Gandhi, Mrs Priyanka Gandhi are our leaders. Rahul Gandhi does not have to be president to be the leader. He is a leader. You ask me questions about him, because he is a leader.”

The BJP attacks him, because he is a leader, and he will remain a leader, the Congress leader said.

“Once you accept somebody as a leader, you must take their advice of what to do. I cannot tell my leader what you should not do. I have to follow what my leader says,” he said.

“We cannot contract her decisions and discretion. She is our leader, and she is free to say whatever she wants to say, and she will at an appropriate time,” he said.

Hitting out at political rivals, who say that both the Gandhi siblings are political tourists in Uttar Pradesh, the former state Congress chief said, if they (the BJP) think that they (Rahul Gandhi and Priyanka Gandhi) are no challenge to them, then they should do their own work.

On AIMIM chief Asaduddin Owaisi involvement in politics in Uttar Pradesh, Khurshid said people who are getting attracted to Owaisi”s party, should think whether he will be able to solve the problems of the country.

Asked whom the Congress will support, SP or BSP, if there is a hung assembly, he said, “We are hoping for the best for Uttar Pradesh. We do not want to compromise with the best, we do not want to restrict the best. We are with optimism, confidence, dedication and with commitment going to the polls.”