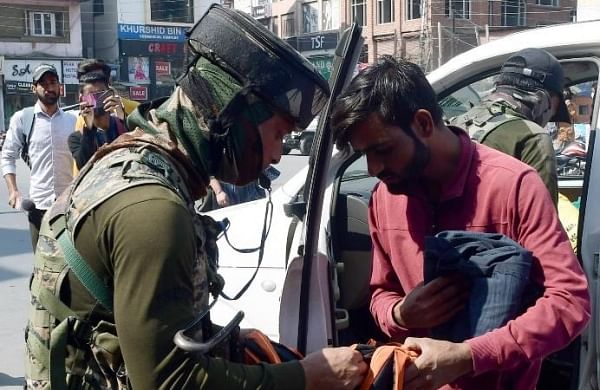 SRINAGAR: Five days killing of sumo driver in Hajin, Bandipora in north Kashmir, Police on Sunday claimed to have busted a module of TRF militants by arresting four militant associates while one Over Ground Worker (OGW) involved in the killing has gone into hiding and reportedly joined the militant ranks.

While Bindroo and Paswan were killed in Srinagar, Lone was shot dead in Bandipora in north Kashmir.

A police official said a special team of police was formed to investigate the killing of Mohammad Shafi Lone alias Sonu, Sumo Drivers Association president Naidkhai (Bandipora) at Hajin in Bandipora by militants on October 5.  “After thorough human and technical corroboration, the module of TRF militant outfit involved in Lone’s killing was busted by arresting four militant associates of the outfit,” the official said.

“However, one of the militant associate involved in the killing, identified as Imtiyaz Ah Dar alias Kotru, is absconding and has reportedly joined the militant ranks,” the official said.

He said investigation found that the killing was carried out at the behest and instruction of TRF handler Lala Umar R/o Pakistan.

“The module carried out a thorough recce of the target and all movements were closely watched,” the official said.

He said on October 5 evening, one of the militant associates called the victim for a meeting at Gundboon, Hajin. “A detailed ambush/trap had already been laid by the other members of the module and when Lone reached the place, he was swiftly assassinated.”

According to the official, more arrests are expected.