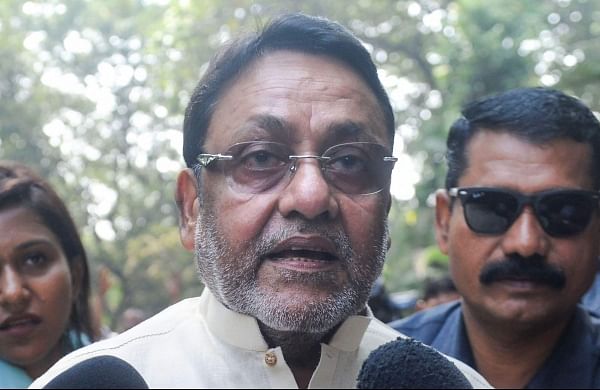 MUMBAI: NCP chief spokesperson and minister Nawab Malik alleged on Saturday that Rishab Sachdeva, the brother-in-law of former Mumbai BJP youth wing president Mohit Kumbhoj aka Bhartiya, and two others were let off by the Narcotics Control Bureau (NCB) after their detention in the cruise rave party case.

Malik said he will write to the Chief Minister of Maharashtra Uddhav Thackeray demanding a high-level probe by the Mumbai police to check how these people were detained and later let off.

“The NCB director Sameer Wankhede in his media statement on October 3 said that 8 to 10 people were detained, but he arrested only eight. However, 11 people were detained as per the official record, but three of them — Rishabh Sachdeva, Pratik Ganbhana and Amir Furniturewala — were set free after phone calls from Mumbai and Delhi. We want to know who called Sameer Wankhede to let off these three people. Their phone records have to be checked,” Malik demanded.

He said that CCTV footage of the cruise and connected areas of this case should be checked by the police along with phone calls of these three people and the NCB director Sameer Wankhede.

“Rishabh Sachdeva’s family members were also seen in the NCB office. How were they allowed to enter the NCB office? It shows that this is a fabricated case to frame Aryan Khan to target Shahrukh Khan,” Malik alleged.

He claimed that those who were let off invited Aryan Khan to the cruise party to frame him. “Therefore, all these people were left off after the arrest of Aryan Khan. Besides, KS Gosavi who was a witness in this case had given his addresses in two Panchanama for Aryan Khan and Arbaaz Merchant. Gosavi is declared wanted by four police stations of Maharashtra in duping the people in return for jobs. How can such a fraud and cheater be used as a witness by the NCB,” asked Malik.

Leader of Opposition, State Legislative Council, and BJP MLC Pravin Darekar said that Nawab Malik’s son-in-law was arrested by the NCB in a drugs case and therefore he was deliberately targeting NCB officers. “Nawab Malik rather than making a statement in the media should submit the detail of this case to the NCB for further probe,” Darekar said.