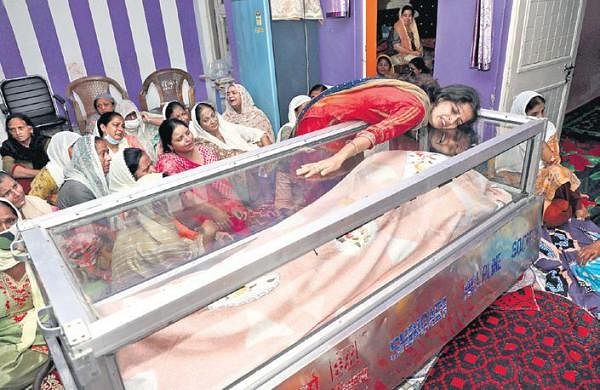 SRINAGAR: Amid a spike in militancy violence in Kashmir over the past few days, a terrorist was killed after a brief encounter with security forces at Natipora area in uptown Srinagar on Friday evening while another managed to escape.

A police officer said the terrorists fired upon a police party, which retaliated killing a A Lashkar-e-Taiba (LeT) operative. “Another militant managed to escape from the area,” he said, adding that arms and ammunitions were recovered from the encounter site.

Contingents of police and CRPF men rushed to the area and launched cordon and search operation to track down the militant who escaped. An identity card recovered from the slain terrorist revealed his name as Aqib Bashir Kumar, a resident of Trenz, Shopian.

The encounter follows the killing of seven civilians, including three minority community members and a non-local street vendor from Bihar, by the terrorists within a week in Kashmir. After the civilian killings, security arrangements in Srinagar and other parts of Valley has been beefed up and patrolling intensified.

Union Home Minister Amit Shah is likely to hold discussions with Jammu and Kashmir Lt-Governor Manoj Sinha on Saturday on the security situation in the Union Territory in the wake of the targeted killings, especially those of Hindus and Sikhs. Top officials of the Union Home Ministry, intelligence agencies and the J&K administration are expected to attend the meeting that will take place in New Delhi.