IPL 2021: Wide ball gave me the opportunity to go for a six, says Srikar Bharat 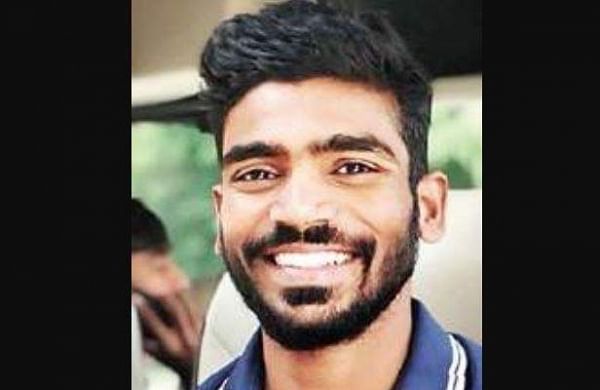 DUBAI: A day after his heroics against Delhi Capitals, Royal Challengers Bangalore (RCB) batsman Srikar Bharat said the wide delivery bowled by Avesh Khan on the final ball of the match gave him the perfect opportunity to seal the last league game of IPL 2021 for his team.

Bharat held his nerve and cranked a last-ball six as RCB edged out Delhi Capitals on Friday. Needing 165 runs to win, RCB rode on Bharat and Glenn Maxwell’s fifties to end the league stage on a high.

“I was thinking if I can put the ball over the fence (when six was needed off one ball) and when it was wide it gave us the opportunity to go for the six. Fortunately, it went out of the park,” Bharat said on Saturday while replying to a query from ANI.

RCB skipper Virat Kohli enjoyed Bharat’s six on the last ball and told the young batsman to relish the moment.

“Virat bhai said ‘it was an incredible effort it is definitely a special moment for you, so enjoy’. He was overwhelmed that the last ball went for a six and we won the game,” said Bharat in a virtual press conference organised by RCB.

When ANI asked Bharat whether he learned the art of finishing the games from Maxwell, Kohli or AB de Villiers, the batsman said, “To be honest, I am a kind of guy who likes to watch and learn a lot. So for me, it wasn’t going up to them and asking them how to finish the game but sitting back watching and learning from them. I have always watched their routines, their intent, I have always been a keen observer of people doing good things on the field.”

Speaking about the eliminator against KKR on Monday, Bharat said, “RCB focus has been on one game at a time it can be any team, any given day or any ground. So numbers or teams, players, it doesn’t matter. What matters the most is, our preparation, our consistency and intent.”

Kohli last month announced that he will step down as the captain of RCB after the completion of the 2021 edition of the IPL. Bharat said the teams wants to win the trophy for the India skipper this time.

“Yes definitely winning the cup and giving Virat bhai the IPL title will be cherry on the cake but if you ask me, playing with Virat Bhai is a very big feeling,” said Bharat.

“Virat loves youngsters, he encourages youngsters. He works incredibly hard like any other young player in RCB. He is a thorough professional and playing with him gives an element of confidence to us. He is a very friendly guy, he is always there, he is always ready to guide us. I am just blessed to be around Virat Kohli,” he signed off.