Stay at home till govt ensures safety: APSCC to community after militant attack on teachers 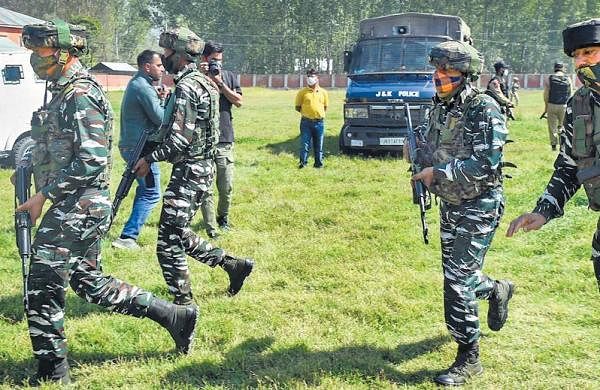 SRINAGAR:  The mother of Supinder Kour, the government school principal who was shot dead by militants, pleaded that she too should be killed as she couldn’t live without her daughter.  “What had she done to you? Why did you kill her? I am not able to live now. Kill me,” she said while wailing over the shocking death of her daughter. “She was a teacher. They should have killed me and spared her. She has small kids,” the woman said with tears rolling down her cheeks as relatives tried to console her.

The body of the slain teacher would be cremated on Friday as her elder sister would be arriving from Chandigarh.  Meanwhile, the head of a Sikh outfit — All Parties Sikh Coordination Committee (APSCC) — Jagmohan Singh Raina said the killings were part of a conspiracy to create wedge among the majority and minority communities in Kashmir.

He asked the Sikh youth, who are working in different government departments, to boycott duties and sit at home till their security was ensured.  Singh also asked the members of the majority Muslim community to intervene and secure the lives of minority community members.

Santpal Singh, president of Gurduwara Prabandak Committee Budgam, said a woman had been killed and no religion allowed killing of civilians.  “We request the majority community to support us in identifying the killers,” he said.