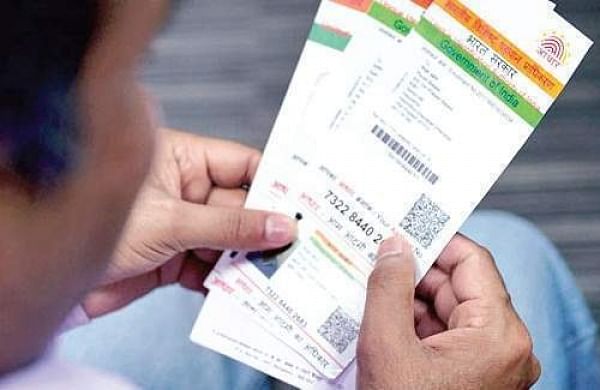 NEW DELHI: The Supreme Court Friday said the Aadhaar card would be one of the documents to be taken into account by the Faridabad municipal corporation for making provisional allotment under the rehabilitation scheme to eligible applicants of Khori village where unauthorised structures, which came under the Aravali forest area, were removed.

As an interim arrangement, the apex court directed the civic body to process the applications if it is accompanied by an Aadhaar card to make provisional allotment subject to verification of the applicant.

A bench of Justices A M Khanwilkar and Dinesh Maheshwari made clear that provisional allotment of EWS (Economically Weaker Section) flats would not create any right in favour of the person until he establishes his eligibility as mandated under the rehabilitation scheme.

“For the time being, as an interim arrangement, we direct the corporation to process the applications, if accompanied by an Aadhaar card, for the purpose of making provisional allotment, subject to verification of the applicant and about the unauthorised structure demolished during the demolition action,” the bench said.

The bench said the remarks after hearing the advocates, appearing for the civic body and some petitioners who have raised the issue of rehabilitation, on the question of the nature of proof to be submitted along with the application under the rehabilitation scheme.

The top court said the Aadhaar card would be in addition to other documents which are prescribed under the scheme.

“Aadhaar can also be one of the documents to be taken into account for provisional allotment,” the bench said.

Regarding the grievance made by some of the petitioners about the functioning of the official e-portal of the corporation, the bench noted that some corrective measures have already been taken and the civic body may take necessary steps to ensure that the deficiencies pointed out in the earlier occasion could be dealt with appropriately.

The bench has posted the matter for further hearing on October 22.

The top court had on September 27 asked the municipal corporation to file an affidavit on the suggestions and details on additional documents which could be allowed to decide eligibility for rehabilitation of people who were displaced following demolition of encroachments on Aravalli forest land in Khori village In a status report filed recently in the top court, the municipal corporation has given details including that of the modified timeline for the process of allotment under the rehabilitation scheme to eligible applicants of Khori ‘jhuggis’.

It has said a total of 2,583 applications have been received till September 29 and 360 applicants have taken temporary possession of flats till September 30.

The report has said as per the apex court’s direction, the timeline for rehabilitation has been modified and the last date of submission of application is now November 15 and final allotment letters would be issued on December 15.

The corporation has said it has also accepted the suggestion to reduce the initial payment for the flat from Rs 17,000 to Rs 10,000 and further increased the period of repayment from 15 to 20 years.

It said a suitable amendment in the policy in this regard will be made after the approval of the state government.

The report said the civic body had carried out a drone survey of the unauthorised structures in Khori ‘jhuggis’ for planning a phased demolition drive and identified a total of 6,663 units/structures by numbering the terraces as counted from drone pictures.

On June 7, the top court had directed Haryana and Faridabad municipal corporation to remove “all encroachments”, consisting of around 10,000 residential constructions, in the Aravali forest area near the village, saying ‘land grabbers cannot take refuge of rule of law’ and talk of ‘fairness’.