I have worked tirelessly for past 6-7 years, says South Korean actor and ‘My Name’ star Ahn Bo-hyun 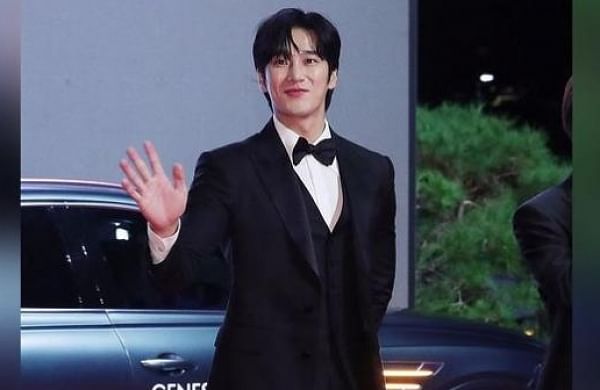 NEW DELHI: South Korean actor Ahn Bo-hyun, best known for popular dramas like “Itaewon Class” and “My Private Life”, says his seven-year-long journey of “tirelessly” working in the entertainment industry has given him some great memories and a chance to collaborate with amazing actors.

Ahn is now gearing up for the premiere of his upcoming drama “My Name”, an action noir series from Netflix directed by Kim Jin-min of “Extracurricular” fame.

“I’m enjoying the journey so far. It’s such an honor to work with a good partner like Netflix this time around. I have worked tirelessly for the past 6 to 7 years without a break any longer than a month, and I am just so happy to be able to finally work with Netflix, a service that I like and use often, and with director Kim Jin-min, whom I admire,” Ahn told PTI in a Zoom interview from Seoul with the help of an interpreter.

The 33-year-old actor made his screen debut in 2014 playing minor parts in shows like “Two Mothers” and “My Secret Hotel”.

This series was a smash hit not just in South Korea but across Asian countries like India, Singapore, Thailand and Sri Lanka.

He followed it up with the 2018 action web series “Dokgo Rewind” and romantic comedy “Her Private Life” (2019), in which he essayed an Olympic silver medalist in judo who opens his own gym and harbours feelings for his adoptive sister played by lead star Park Min-young.

A breakthrough for Ahn came last year with “Itaewon Class” in which played the grey role of an eccentric bully and heir of a food company group who kills the father of the series lead, played by Park Seo-joon, in a hit-and-run accident.

“I am reminded of all the great memories of working with amazing actors and staff members.

I feel so blessed and excited that I am part of such great memories and a great series (‘My Name’),” he further said.

“My Name” follows the journey of a revenge-driven woman Yoon Ji-woo, played by “Nevertheless” star Han So-hee, who puts her trust in a powerful drug lord Choi Moo-jin (Park Hee-soon) following her father’s murder and goes undercover as a police officer in the anti-drug unit to hunt the killer down.

Ahn plays Jeon Pil-do, the star officer of the anti-drug unit who is determined to wipe off the drug menace from the country.

All in all, the actor said the story of “My Name”, penned by Kim Ba-da, is unique which has many surprises in store for the viewers.

The story is quite new in that sense, and there is a lot more in it that goes beyond your imagination, so I hope you enjoy the show,” Ahn, who also currently stars as the male lead in the ongoing romantic drama “Yumi’s Cells”, added.

Also featuring “Kingdom” actor Kim Sang-ho, “The World of the Married” actor Lee Hak-joo and Chang Yull, “My Name” will be released on Netflix on October 15.

The series had its world premiere at the 26th Busan International Film Festival in its inaugural ‘On Screen’ section on Thursday.

Incredible to include Bollywood and dance sequence in a Marvel movie, says Chloe Zhao