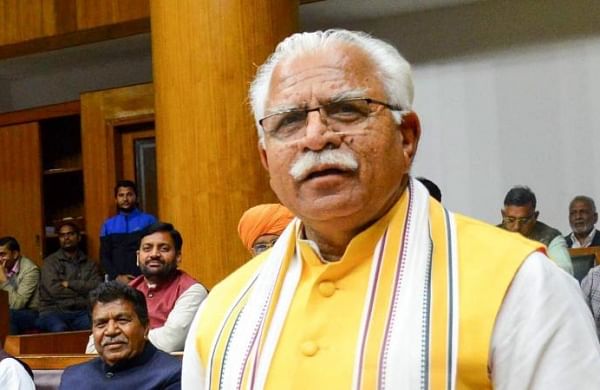 CHANDIGARH: Haryana Chief Minister Manohar Lal Khattar on Friday retracted his controversial “tit-for-tat” remark, saying it was “misconstrued” and he did not have any ill-intention against anyone.

The CM also said he won’t be attending a programme of the Aggarwal community in Kaithal as farmers had objected to his visit.

Khattar had made the remark at a BJP Kisan Morcha meet, a video of which had surfaced on social media, with farmers bodies alleging that he was telling party supporters to “pick up sticks” against farmers protesting the Centre’s agriculture laws.

Apparently referring to the agitation, Khattar had said, “Form groups of 500, 700, 1,000 farmers and make them volunteers. And then at every place, ‘sathe sathyam samacharet’. What does it mean–it means tit for tat (jaisa ko taisa).”

“Do not worry….when you remain there (in jail) for a month, three months or six months, you will become big leaders, your names will be etched in history,” he added.

Withdrawing his remark on Friday, Khattar said it was publicised that he suggested “picking up sticks”.

The statement had been “misconstrued”, he told reporters in Panchkula after paying obeisance at the Mata Mansa Devi temple on the occasion of Navratras.

The remark had been made in the “context of self-defence” and not out of ill-intention towards anyone, Khattar said.

“I want to tell my farmer brothers who are hurt that I am taking back my statement,” said Khattar, who was accompanied by Speaker Gian Chand Gupta.

The CM further said he does not want any breach of peace or law and order problem in the state.

“Everyone has a right to hold protest in a peaceful manner but only thing is that no one should cross the limit. No one should be harmed, vehicles should not be damaged,” he said.

Khattar also said he won’t be attending a programme of the Aggarwal community in Kaithal as farmers have said they will oppose his visit.

The protesting farmers have said they have no objection if a BJP leader from the community attends the event, the CM said.

“Speaker Gian Chand Gupta will attend the event on my behalf,” he said.

Khattar also said his government has been taking pro-farmer initiatives.

Referring to reports of crop damage due to recent showers in parts of Haryana, Khattar said a special “girdwari” has been ordered to assess the extent of damage.