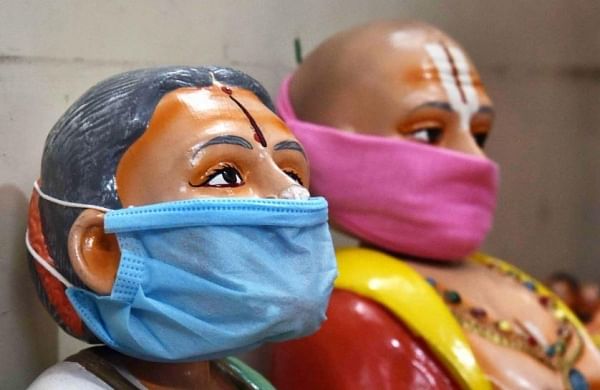 NEW DELHI: The day saw Prime Minister Narendra Modi inaugurate 35 PSA oxygen plants installed in various hospitals across various states, and the government said that it was preparing to deal with 4.5 to 5 lakh Covid cases per day as per forecast of a possible third wave.

Authorities, however, also clarified that there is no evidence or projection available to suggest that the situation could get that bad, also issuing strong warnings for the next three months that will see many festivals. During the second peak of the Covid19 pandemic in India, the country had reported nearly 4.14 lakh cases in a day before swift decline began.

“We don’t have a straight-forward formula to calculate what extent the peak could reach this time after reaching 71 per cent vaccination with the 1st dose and a certain level of natural infection. But the government is preparing for a surge of 4.5 to 5 lakh cases per day,” said V K Paul, member (health), Niti Aayog on Thursday in a Union health ministry briefing. The second wave of the pandemic which caught the country rather unawares in April-May.