We cannot take our foot off the pedal: Delhi Capitals pacer Kagiso Rabada ahead of RCB clash 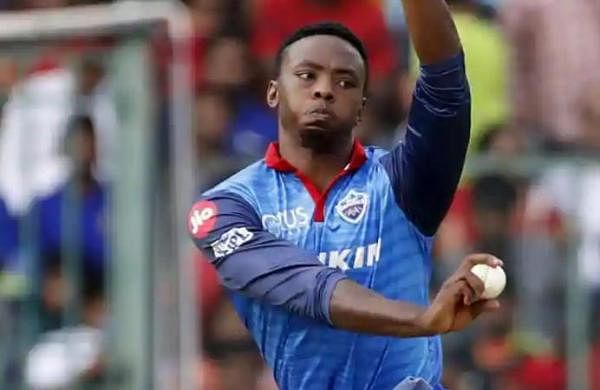 DUBAI: Delhi Capitals pacer Kagiso Rabada says his team cannot afford to take its foot off the pedal as it enters the business end of the IPL in pursuit of a maiden title.

Leading the pecking order with 20 points from 13 games, DC are already through to the play-offs and will take on another qualified side Royal Challengers Bangalore in their last round-robin match.

“We’ve given ourselves another chance to play for a spot in the final, so we are thrilled by that. Even though the match against Royal Challengers Bangalore doesn’t hold a lot of significance for us we should not take our foot off the pedal. We should just keep playing the way we have been playing,” said the South African.

“We’ve done really great work so far. We have earned the right to be in this position and we have been in this position before, which helps. We are going to give it our all in the upcoming matches and look to play our best cricket in the business end of the tournament.”

Rabada said the loss against RCB in the first half of the tournament will not bother the team much.

“Our loss against RCB in the first half of the tournament is definitely a thing of the past. However, we know how threatening they can be. They have some really destructive batters and Harshal Patel has been doing extremely well.

“We need to believe in our strengths. The result in our last match against RCB is a thing of the past, but we still need to learn from that result.”

Rabada found himself in a rather unusual situation in DC’s last match against the Chennai Super Kings when he needed to close out the match with the bat and he got his side home with a boundary.

“It wasn’t the most ideal situation, but I backed myself to put the team in a winning position when we needed 2 runs from 3 balls, by at least getting (Shimron) Hetmyer on strike.

“I tried to watch the ball and anticipate where (Dwayne) Bravo was going to bowl. I just wanted to get bat on ball and that worked for us.”