Sitting SC, HC judge should probe Lakhimpur violence, not one who is retired: Priyanka Gandhi 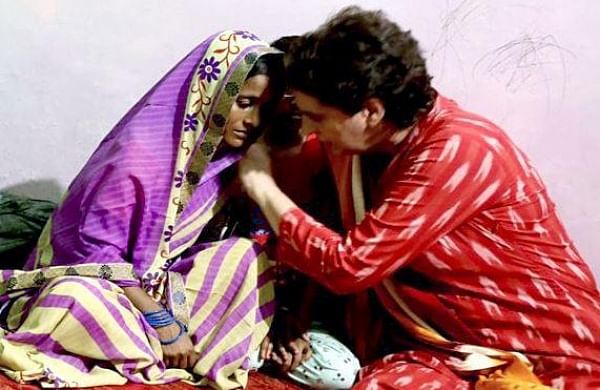 LUCKNOW: Congress general secretary Priyanka Gandhi Vadra on Thursday demanded a probe by a sitting judge of the Supreme Court or a high court into the Lakhimpur Kheri violence and said Union minister Ajay Kumar Mishra, whose son is among those booked, should resign to ensure an impartial probe.

Priyanka Gandhi, who had on Wednesday met the families of three of the eight people killed in the violence, told reporters here, “In my view and that of the victims’ families as well, the case should be probed by a sitting Supreme Court or high court judge, and not the retired judge.”

The Uttar Pradesh government has constituted a one-member commission of retired high court judge Pradeep Kumar Srivastava to probe the violence during a farmers’ protest rally that claimed eight lives on Sunday.

Before leaving for Bahraich, Priyanka Gandhi said, “I don’t want to comment on the probe as it has not started yet. But I can say that for unbiased probe, the minister should resign as he has the Home portfolio and all this comes under him.”

The Congress leader said the families of the victims she had met told her that they were not interested in the compensation announced by the government, but “want justice”.

The minister should be “sacked” and those involved in the act should be arrested.

“All the police force was deployed to stop us and it surrounded victims’ families so that no one could reach there to meet them. But you (government) did not deploy your force to arrest the criminal. Where was the police on the day the incident took place. Is police only to stop leaders,” she said.

She alleged that the copies of post-mortems given to the families of the dead were illegible.

“I will continue my fight till the minister is sacked and his son is arrested. I have pledged this before the families,” she said.

The Uttar Pradesh Police has lodged a case against the minister’s son Ashish Mishra in connection with the violence, but no arrest has been made yet.

Four of the dead were farmers, allegedly knocked down by vehicles driven by BJP workers travelling to welcome Uttar Pradesh Deputy Chief Minister Keshav Prasad Maurya to an event in the area.

The other four were two BJP workers, a driver of Union Minister of State for Home Ajay Kumar Mishra, and Raman Kashyap, a journalist working for a private TV channel.

While the first three were allegedly lynched by the agitating farmers, the scribe, according to his father, died after being hit by a vehicle when he was covering news of farmers’ protest against Maurya’s visit to Ajay Kumar Mishra’s native place.

Madhya Pradesh CM Shivraj Singh will have to quit once results of bypolls are out: Kamal Nath