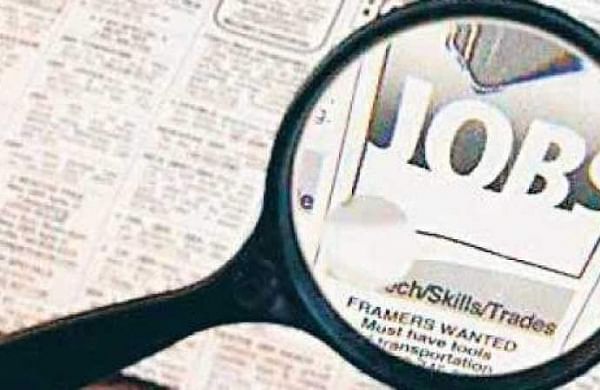 NEW DELHI: Employment in the country, estimated at 406.2 million in September 2021, has pickedup significantly with an increase of 8.5 million jobs during the month. It is the highest in 20 months or since the Covid-19 shock in March 2020.

According to data from the Centre for Monitoring Indian Economy (CMIE), while the unemployment rate declined from 8.3% in August to 6.9% in September, the employment rate inched up from 37.2% to 37.9% during the same period. The labour participation rate also witnessed an increase from 40.5% to 40.7%.

The employment in September, however, is still lower than the pre-Covid employment of 408.9 million in 2019-20.

The CMIE data shows that salaried jobs saw the biggest increase, moving up by 6.9 million from 77.1 million in August to 84.1 million in September. This brings salaried jobs the closest to their average in 2019-20, which was 86.7 million.

Drop in number of farmers, entrepreneurs

September 2021, however, saw a fall in employment as entrepreneurs. “Their estimated count fell from 76 million in August to 74.4 million in September. At this level they are substantially short of their count of 77.9 million in 2019-20,” CMIE data says.

“This fall could imply a combination of two factors. First, some salaried jobs which were lost earlier have been revived and some of the labour that migrated to the farms has come back to these salaried jobs. Second, economic activity is likely to have revived to absorb additional people in the form of daily wage labourers,” Mahesh Vyas, CMIE’s MD and CEO, said in his analysis.

“This is likely to have happened as we see a big increase in employment in the construction industry in October,” he said.  Employment in this industry shot up by 5.5 million in September. “ Some of this could be a migration of farmers back to construction sites, “ says Vyas

False hiring optimism in IT?

While various news reports and surveys claim to reveal a surge in hiring in the IT sector, the same does not reflect in the CMIE data, which, on the contrary, says that employment in the industry has declined from 3.3 million in 2017-18 to 2.3 million in 2018-19 and then to 1.8 million in 2019-20.

However, the data from CMIE states that employment had inched up to 2 million in May-June 2021 but was down again to around 1.8 million by September 2021.

The TeamLease Employment Outlook Report released on Thursday also suggests that the overall intent-to-hire continues to exhibit growth, with a 3% point growth in the current quarter.

“The near-10% growth in GDP in the current fiscal coupled with fewer supply disruptions, opening up of the pent-up demand both in the traditional and contact-intensive services as well as the buoyancy in the global economy are having a positive impact on hiring,” it said, adding the biggest gainer of thispositive sentiment is the sales function across sectors.