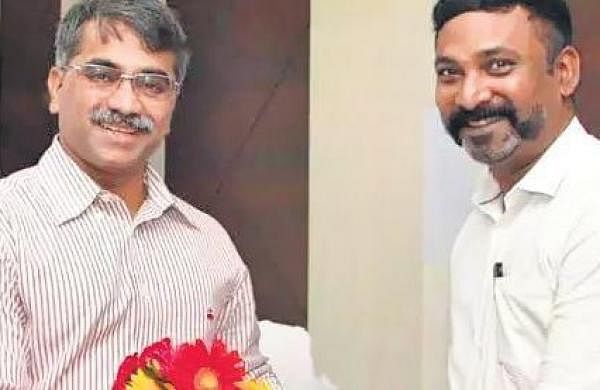 New PR commissioner takes chargeSenior IPS officer Dipanshu Kaabra took charge as commissioner-cum-director of public relations and chief executive officer (Samvad) at new capital city Nava Raipur on Thursday. A proponent of ‘self-regulated media’, the new commissioner said that while the freedom of media was essential for proper functioning of democracy and keeping citizens well informed, there were concerns over misinformation, data manipulation and fake news. “There should be free flow of ideas amid independent and pluralistic media,” he told his team while affirming that journalism is one of the most exciting professions.

State power company to recruit 3,000 personnelWith the Covid-19 pandemic leaving little scope for employment opportunities, placements and wage rise, some good news has emerged in the government sector on recruitment front. The Chhattisgarh State Power Holding Company is going to recruit 3,000 personnel for electricity lineman (assistant grade) post. After the formation of Chhattisgarh state this is the first time that a recruitment drive has been initiated in such a large scale. This will offer job opportunities to local youths for a regular government job. The power company’s chairman Ankit Anand said the recruitment would be carried out locally for the regions of Raipur, Bilaspur, Durg, Bastar, Ambikapur and Rajnandgaon. The company is likely to offer more employment in other fields.

Victory Flame to reach state in DecemberThe nation has kick-started ‘Swarnim Vijay Varsh’ celebrations, marking 50 years of India’s successful efforts in the Bangladesh liberation war. The victory flames ‘Swarnim Vijay Mashaal’ lit from the eternal flame at National War Memorial in December last year will be in Chhattisgarh from December 12-19, as part of memorial events being held to honour the war veterans. Fifty years ago, in December 1971, the India had brought Pakistan to its knees, taken 93,000 Pakistanis as prisoners and given 75 million people of Bangladesh their independence.

Documentary ‘Lal Johaar’ on Shankar NiyogiNearly three decades after his death, a documentary based on the prominent trade union leader Shankar Guha Niyogi, a native of Rajhara (Chhattisgarh), has vividly revived his struggles. Niyogi, who had expressed fear for his life, was shot dead in 1991. Director Rajkumar Soni said his film is a tribute to the legendary leader who never bowed before injustice. The founder of Chhattisgarh Mukti Morcha, Niyogi stood for the rights of workers, never compromised with principles, cherished Gandhian philosophy, faced state’s repression, imprisoned and was killed at his Bhilai office at the age of 48, Soni added. His struggles reflected the future of humanity, he added.