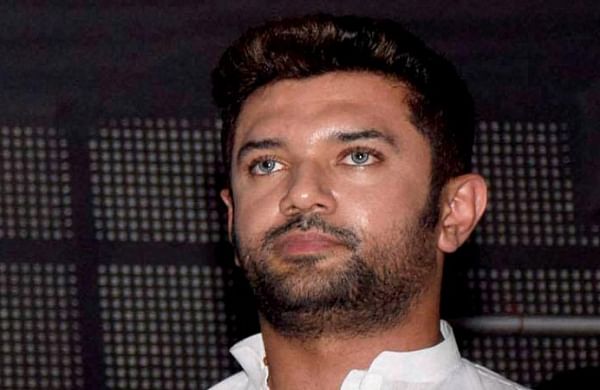 NEW DELHI: Lok Janshakti Party (Ram Vilas) chief Chirag Paswan on Thursday announced the names of his party’s candidates for the Bihar assembly bypolls to be held later this month.

Addressing a press conference, he also announced the name of his party’s candidate for the bypoll to Dadra and Nagar Haveli Lok Sabha seat.

In Bihar, Anju Devi will contest the by-election from Kusheshwar Sthan assembly seat and Chandan Singh from Tarapur, Paswan said.

The bypolls will be held on October 30.

“The new name of our party carrying my father’s name (Ram Vilas Paswan) has brought a new energy and zeal into the party. We will take our leader’s energy forward,” Chirag Paswan told reporters.

He also thanked the Election Commission for allotting a new name to his party with election symbol ‘helicopter’.

The Election Commission allocated names and poll symbols to the Chirag Paswan and the Pashupati Kumar Paras factions as an interim measure on Tuesday, days after barring them from using the name of the Lok Janshakti Party or its symbol ‘bungalow’.

In separate letters to Paswan and Paras, the poll panel said it has allotted the name ‘Lok Janshakti Party (Ram Vilas)’ and the election symbol ‘helicopter’ to the Chirag Paswan group.