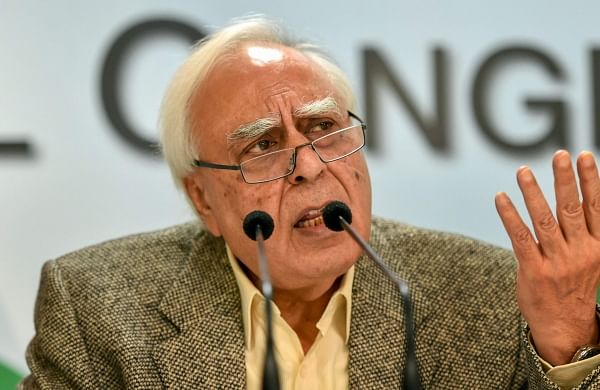 NEW DELHI: Senior Congress leader Kapil Sibal on Wednesday thanked the Chief Justice of India after the Supreme Court took suo motu cognisance of the Lakhimpur Kheri incident and said courts in India are temples of justice that can restore the faith of the voiceless.

Eight people were killed in the violence in Uttar Pradesh’s Lakhimpur Kheri district during a farmers’ protest on Sunday.

A bench headed by Chief Justice of India N V Ramana is scheduled to hear the matter on Thursday.

“Thank the Chief Justice of India for deciding to take up the matter suo motu. This is the need of the hour. This and courts in India are the temples of justice that can restore the faith of the voiceless who most often feel orphaned,” Sibal tweeted.

Responding to Sibal’s tweet, Congress leader and lawyer Vivek Tankha said, “Yes kapil ji. After such savagery if there is no action it’s a blot on our democracy and Justice delivery system.”

“SC is gaining trust of people by (taking) such independent decisions!!” he tweeted.

Earlier in the day, Sibal had urged the Supreme Court to act suo motu on the Lakhimpur Kheri violence.

“Supreme Court, there was a time when there was no YouTube, no social media, the Supreme Court acted suo motu on the basis of news in the print media. It heard the voice of the voiceless,” Sibal said in a tweet.

The violence in Lakhimpur Kheri has triggered a major political storm with opposition parties accusing the BJP-led Uttar Pradesh government of shielding the culprits.

Of the eight people killed, four were farmers, who were allegedly knocked down by vehicles driven by BJP workers travelling to welcome Uttar Pradesh Deputy Chief Minister Keshav Prasad Maurya to an event in the area.

The other four include two BJP workers, a driver of Union Minister of State for Home Ajay Kumar Mishra, and Raman Kashyap, a journalist working for a private TV channel.

Rajasthan Chief Minister Ashok Gehlot on Wednesday said the Centre should intervene in the matter.

He said the entire country was a witness to the struggles of former Congress president Rahul Gandhi and AICC General Secretary Priyanka Gandhi against violence in Lakhimpur Kheri and the “dictatorship” of BJP-led government in UP and the Centre.

“The Uttar Pradesh government had to eventually hear the voice of the nation and release Priyanka ji after an illegal custody of 52 hours,” he tweeted.

The AICC general secretary was detained in Sitapur early Monday on her way to Lakhimpur Kheri where eight people were killed the previous day.

While four of the dead in Sunday’s incident were farmers, allegedly knocked down by vehicles driven by BJP workers travelling to welcome UP Deputy Chief Minister Keshav Prasad Maurya, the others included BJP workers and their driver who were allegedly lynched.

Gehlot noted that Rahul Gandhi, Priyanka Gandhi and other Congress leaders are going there to meet the bereaved families of farmers killed in the Lakhimpur Kheri violence.

“It is surprising that no culprits have been arrested so far. The central government should intervene in the matter to ensure that those guilty are arrested and the victims get justice,” he said in another tweet.