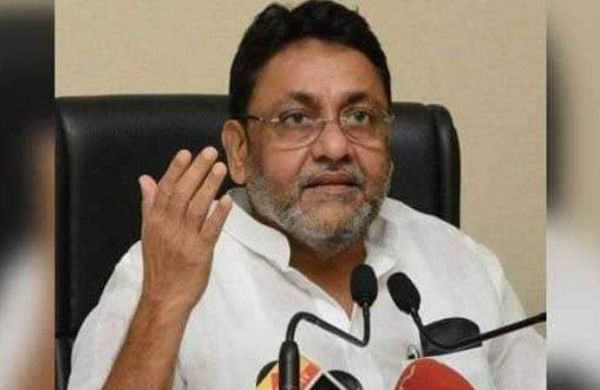 MUMBAI:  The Nationalist Congress Party (NCP) on Wednesday alleged that the drug bust on cruise ship off Mumbai coast was nothing but an attempt to target Bollywood.

Claiming that one of them had BJP links, he accused the NCB of acting at the behest of the saffron party. Malik also alleged claimed that no drug seizure was made from the alleged rave party on the cruise.

“The drama (raid) was fake. They did not find drugs on the ship,” Malik, who is Maharashtra Minorities Affairs Minister, said.

He claimed that S K Salvi, a private detective as per his social media profile, was seen with Shah Rukh Khan’s son Aryan Khan at the NCB office while Manish Bhanushali, a BJP member, was seen escorting another accused, Arbaaz Merchant.

Asking the NCB to come clean on the matter, Malik said, “The entire NCB is being used by the BJP to malign the Maharashtra government and Bollywood.”

While Congress spokesperson Sachin Sawant demanded an inquiry into Malik’s allegations, the NCB rubbished them.

“The allegations are baseless. There is no substance in them. The private citizens helped in the raid which was conducted as per procedure,” an official of the agency said. Bhanushali claimed he was not an office bearer of any political party, and just helped the NCB. He threatened to sue Malik for defamation.

The BJP said in its reaction that had there been no evidence, the court would have granted bail to Bollywood actor Shah Rukh Khan’s son Aryan in the case.

The Narcotics Control Bureau also termed the allegations as baseless.

The NCB has so far arrested 17 people, including Aryan Khan, after allegedly seizing drugs from the Goa-bound ship on Saturday.

“If these two men are not officials of the NCB, then why were they escorting two high-profile people (Khan and Merchant),” he asked.

The man seen with Merchant was in Gujarat on September 21-22 and could be connected to the seizure of about 3,000 kilograms of heroin at Mundra Port, Malik claimed, asking the BJP to come clear on this person’s credentials.

Notably, Malik’s son-in-law Sameer Khan had been arrested by the NCB on January 13, 2021, in an alleged drug case.

He got bail in September.

In a statement, Deputy Inspector General of NCB Gyaneshwar Singh said “some allegations” leveled against agency were baseless, and might have been made “in retaliation against earlier legal actions” carried out by it.

Its procedure “has been and will continue to be professionally and legally transparent and unbiased,” the statement said.

Reacting to Malik’s allegations, local BJP MLA Atul Bhatkhalkar said during lockdown, the Uddhav Thackeray-led state government was the first to open liquor shops, it also decided to lift prohibition in Chandrapur, and now Nawab Malik has accused the NCB of being a drug lord.

Aryan Khan was represented by a senior criminal lawyer when he was produced in a court, Bhatkhalkar said.

“The reason why the court granted custody of Aryan Khan to NCB even after he (this lawyer) argued for defence is because of the solid evidence against him (Khan). Had there been no evidence, he would have been granted immediate bail,” said the BJP leader.

Malik’s allegations question the credibility of the court, he added.

The BJP leader also asked whether Malik was targeting the NCB at the behest of his son-in-law.