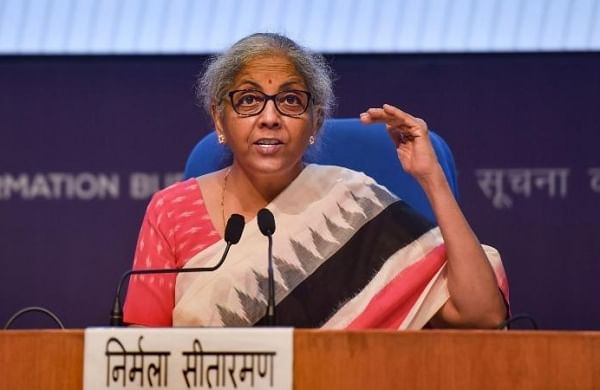 “The medium of loot never goes out of the mind of the Congress, just as it was rampant during their rule—whether it was spectrum, mines, water and what not”, Sitharaman stated during her visit to Chhattisgarh capital.

This year in August, the finance minister unveiled a National Monetisation Pipeline (NMP) that included unlocking value by involving private companies across infrastructure sectors — from passenger trains and railway stations to airports, roads and stadiums.

Taking a jibe at the political crisis over the mid-term change of leadership in the state, Sitharaman said that despite blessings from the people to serve them, the Congress leader focuses on just staying in power.

“The Congress cannot handle the majority it gets as people’s blessing. Ironically their MLAs are visiting Delhi and the CM is saying there is no change in (leadership)”, the union minister said.

She highlighted various welfare programmes launched since 2014 by the Centre that were intended to rapidly push the development agenda and said the earmarked funds have always been given to all states including Chhattisgarh to carry out these schemes.

“How could the state (Chhattisgarh) claim there is no grant from the Centre for executing the welfare programmes of the Modi government when we ensured timely disbursement of funds”, she asserted.

With fuel prices rising to an all-time high on Tuesday, Sitharaman claimed that the prices of petroleum products in the country depend on the international oil rates. “India had to import 99 per cent of its petrol and diesel requirements. Both the Centre and states together need to handle the issue of their rising cost”, the BJP leader said, while admitting that the rising fuel prices have increased the financial burden on the common man.

It was Nirmala Sitharaman’s first ever visit to Chhattisgarh. “I am here as a BJP worker to join the party’s event connected with the Seva aur Samarpan Abhiyaan (from September 17 to continue till October 7)”, she said.