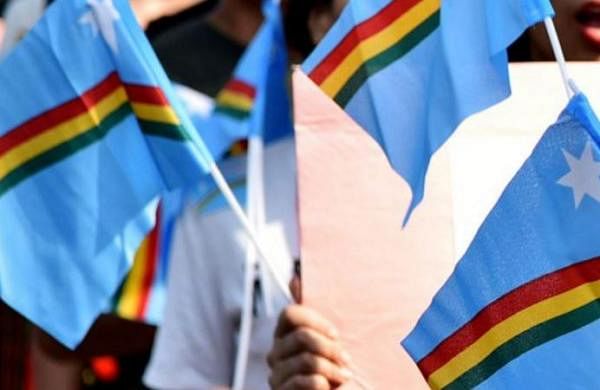 KOHIMA: The Congress on Wednesday demanded the implementation of agreed positions between the Centre and Naga political negotiators that relate to Nagaland.

It also demanded to strengthen the government and implementation of one law and one tax system in the northeastern state.

The all-party government of Chief Minister Neiphiu Rio and the Nagaland Assembly, which has no opposition, have committed the “biggest crime” against the people of the state by not doing anything in that direction, said Ajoy Kumar, the AICC secretary in charge of Nagaland.

Kumar told a party meeting here that the Narendra Modi government had announced in 2015 that it had solved the Naga problem.

“If so, our demand is to implement those parts which are implementable for the people of Nagaland,” Kumar said.

The Centre had said the agreement had matters which concerned the state of Nagaland and those beyond the realm of the state.

Those matters which were related to issues beyond the state were not resolved.

“The issues like a separate Constitution, the flag and integration of Naga autonomous areas are non-negotiable, but why is the Centre not implementing what has been negotiated and relates to the state? Why do the people of Nagaland have to suffer?” he asked.

The Rio government has the “dubious distinction” of being the most corrupt and most badly governed one in India as per the Niti Aaayog report. Right now every person in Nagaland is suffering due to multiple taxation and extortions that occur due to the unresolved Naga political issue, Kumar said at a party meeting here.

Congress, he said, will fight for the people of Nagaland.

“A state with over 80 per cent literacy rate deserves better, but it has to suffer the most corrupt and incompetent government in the country.”

Kumar claimed that Nagaland’s diverse religious, social and cultural history are under threat from the BJP-led government at the Centre.

“The BJP-led government at the Centre does not believe in religious, cultural and social diversity. That party wants to decide what people should eat, what clothes they should wear, the religious places to pray. Anybody who does not fit into their definition is either anti-national or a threat to them,” he said.

Asked why the erstwhile Congress government at the Centre could not solve the Naga political issue during its long rule, Kumar said the party had given recognition to the Nagas with their statehood demand.

Former prime minister Indira Gandhi had supported the demands of the state’s people and implemented the majority of them including religious freedom, gave recognition to their cultural practices and protected their diverse tradition.

“Political solution, however, takes time and Congress never claimed that it had found it”, he said.

Kumar alleged that the BJP in Nagaland does not want a solution but wants Naga people to continue to suffer.

Also, the Rio government is not willing to accept and implement the agreement which impacts the people of Nagaland, because it does not want a solution, he alleged.

If the agreement is implemented, the people of Nagaland will be safe and not have to pay multiple taxes, he said.

NPCC president K Therie alleged that under Rio’s rule the Naga people have to pay taxes to 12 self-styled governments.

The Rio government is not faithful to the people but to Modi and is spreading Hindutva, he said.

“We cannot allow the demography of Nagaland to change again,” he added.

Therie also appealed to the AICC leaders and Congress MPs to speak for the solution of the Naga issue in the winter session of the Parliament.

NPCC working president Khriedi Theunuo said while the BJP government at the Centre has been saying that the Naga political talks have concluded on October 30, 2019, but it is still lingering without any solution.

Solution to the Naga political issue is a must to strengthen the Congress party in Nagaland, he added.