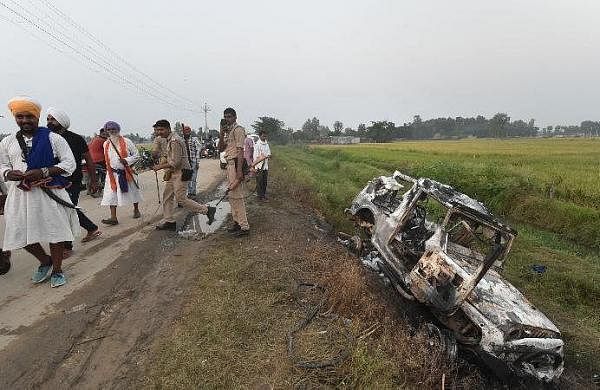 LUCKNOW: The Lakhimpur violence has given much-needed ammo to the opposition to attack the BJP just ahead of the 2022 assembly elections. The ruling party, on the other hand, is having some moments of anxiety despite having doused the flames of a possible prolonged protest.

Lakhimpur Kheri is the largest district of UP’s Terai region with the dominance of the Sikh farmers’ community who settled there after being were brought from Pakistan. The district has eight assembly segments which all were bagged by the BJP in the 2017 assembly elections under the saffron surge. However, in 2012 polls, the saffron party had managed to win just one seat.

Apart from Sikhs, the other dominating communities in Kheri include Brahmins among upper castes, Kurmis among OBCs, and Muslims. Lakhimpur Kheri is majorly known for cane farming.

In the aftermath of Sunday violence, while the Opposition faces the task of keeping up the political heat on the state government to capitalise on it in 2022 polls, the BJP also fears that the spillover effect of it will be felt in adjoining districts such as Pilibhit, Shahjahanpur, Hardoi, Sitapur, and Bahraich, where the party had registered major gains in 2017 elections by winning 37 seats of the 42 across the six districts.

The letters and the pro-farmers tweets by BJP’s Pilibhit MP Varun Gandhi explain much of it as the Gandhi scion doesn’t want to antagonise the farmers who make a major chunk of his vote bank.

“The Lakhimpur Kheri issue is likely to resonate in the upcoming UP elections as the opposition will try to keep up the heat,” feels Prof AK Mishra, a prominent political scientist.

However, a senior BJP leader believes that the state government successfully pacified the protesting farmers and brought the situation under control following the violence. He claims that the BJP had worked a lot for the farmers’ welfare in the state.

In 2017, the Samajwadi Party and Congress were in alliance. While SP had won just four seats, Congress had drawn a blank. The BSP had managed to win a single seat from the Terai region.

Ajay Mishra, whose son is believed to have a role in the death of farmers in violence, had won the seat for the BJP from the Nighasan Assembly segment, where the incident happened Sunday. BJP has won this assembly seat thrice since 1993. Ajay Mishra had lost the election from this seat in 2007.