COVID: Maharashtra to put up posters at housing societies with fully jabbed residents 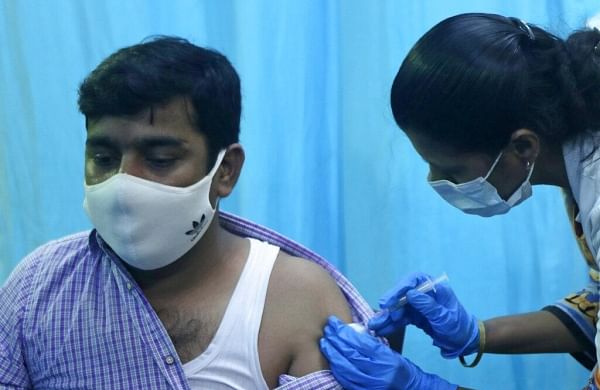 MUMBAI: Maharashtra Environment Minister Aaditya Thackeray on Monday unveiled a poster with a COVID-19 vaccination message that will be displayed at the entrance of housing societies where all eligible residents have been fully inoculated in Mumbai.

Copies of the poster with the “My Society Responsible Society” written on them will be displayed to send across a message about the need for getting fully vaccinated, he said.

Speaking on the occasion, Thackeray besides the message, the poster will have a quick response or QR code and a logo.

These posters will be displayed outside the gates of housing societies in BMC (Brihanmumbai Municipal Corporation) areas, which have completed 100 per cent vaccination, he said, adding this will be a matter of compliment and pride for residents.

This initiative will encourage other co-operative housing societies in Mumbai to achieve the goal of 100 per cent vaccination against coronavirus as soon as possible, Thackeray said.

“We are pushing towards ‘Fully Vaccinated Maharashtra,’ which begins with each household, society, office being fully vaccinated. On my request, BMC released a QR code and a logo today that will be displayed outside the gates of buildings, signifying its ‘Fully Vaccinated’ status!” Thackeray tweeted later on.

Additional municipal commissioner Suresh Kakani said various measures are being taken at all levels to expedite the vaccination of eligible citizens residing in BMC areas.

As a part of these measures, the poster in Marathi and English has been published, he said.

He said the BMC administration has already issued directives to display these posters at the entrance of societies which have completed 100 per cent vaccination.

On scanning the QR code on the poster using a smartmobile, a webpage https:topcoronavirus.mcgm.gov.in/vaccination will open and it will contain the list of vaccination centres in a particular area, he said.

As compared to Sunday, when Maharashtra reported 2,692 COVID-19 cases and 41 fatalities, the state witnessed a marginal dip in the count of infections as well as deaths due to coronavirus infection.

With 5,389 patients discharged from hospitals in the last 24 hours, the number of recoveries in Maharashtra rose to 63,86,059, leaving the state with 33,637 active cases, the official said.

Maharashtra’s case recovery rate now stands at 97.31 per cent while the fatality rate is 2.12 per cent.

On Monday, nine districts and four municipal corporations in Maharashtra did not report any new COVID-19 case.

At 339, Mumbai reported the highest number of COVID-19 cases in the last 24 hours in Maharashtra and two fatalities, the official said.

Among the eight regions of Maharashtra, the Mumbai region reported the highest 657 COVID-19 cases, followed by 650 cases in the Pune region.

Among the 26 COVID-19 fatalities from the eight regions, the highest 15 deaths were reported from the Pune region, followed by seven deaths in the Kolhapur region and four in the Mumbai region, the official said.

Among 33,637 active patients in Maharashtra, Pune district has the highest number of 8,839 active cases, the official said.

As many as 2,40,088 people are in home quarantine across Maharashtra and 1,355 others are in institutional quarantine, the official added.