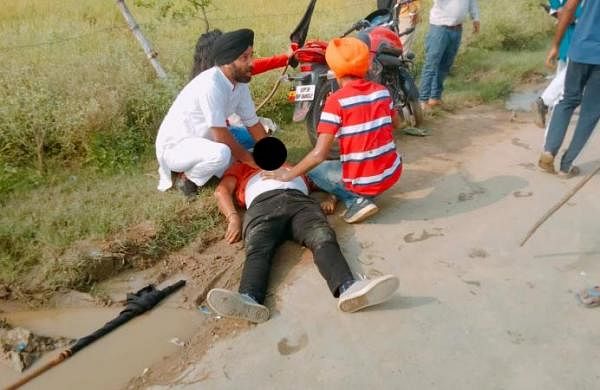 NEW DELHI: BJP MP Varun Gandhi on Tuesday shared a video clip purportedly showing an SUV mowing down farmers in Lakhimpur Kheri, and demanded that police immediately identify and arrest those involved in the incident.

The authenticity of the video has not yet been verified.

“This video of vehicles deliberately crushing farmers in Lakhimpur Kheri will shake anyone’s soul. Police should take cognisance of the video, identify the owners of these vehicles and their occupants, identify others involved in the incident and immediately arrest them,” Gandhi said.

Eight people died and several others were injured on Sunday in the bloodiest clash since the farmers’ protest over the Centre’s agri laws began last year.

Four of the dead were farmers, allegedly knocked down by vehicles driven by BJP workers travelling to welcome Uttar Pradesh Deputy Chief Minister Keshav Prasad Maurya to an event in the area.

The others were BJP workers and their driver who were allegedly pulled out of the vehicles and lynched.

Two cars were set on fire.

While the BJP has officially maintained a guarded silence over the matter, with the Uttar Pradesh government assuring a thorough probe, Varun Gandhi has been vocal in empathising with the farmers.