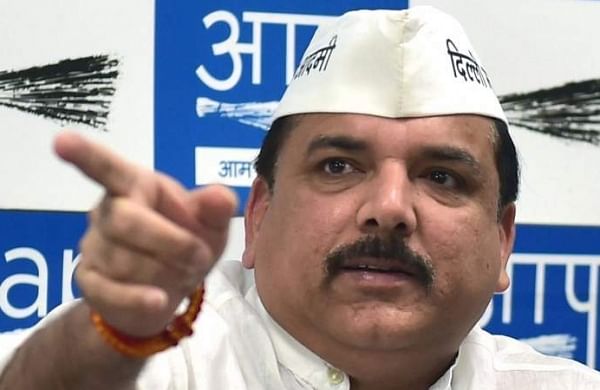 NEW DELHI: AAP MP Sanjay Singh was stopped by police in Uttar Pradesh’s Sitapur when he was en route to Lakhimpur Kheri in the early hours of Monday, a day after eight people died as violence erupted during a farmers’ protest there.

The AAP leader was stopped by the police and the local administration at Biswan in Sitapur around 2.30 am while going to Lakhimpur Kheri to meet the family members of the farmers killed in the violence, the party said.

Singh is still at the spot and has refused to step back, an AAP leader added.

“Farmers were killed, and Member of Parliament Sanjay Singh, who was on his way to meet the family members of those farmers and pay his condolences, has been kept halted on the roadside since late last night,” senior AAP leader and Delhi Deputy Chief Minister Manish Sisodia said in a tweet in Hindi.

“Yogiji, tears of the family members of the farmers will weigh heavy on you,” he added.

Singh shared a couple of video clips in which he is seen asking the cops why he was being prevented from visiting Lakhimpur Kheri.

“Why have you stopped me? Show me the arrest order, I will come to the police station. I am going to pay my condolences. Under which law is it a crime? Just tell me why have you stopped a parliamentarian? Do you have any orders,” Singh can be heard asking the police officials in one of the videos that he shared on Twitter.