After busting drugs party, NCB searches cruise ship on its return to Mumbai 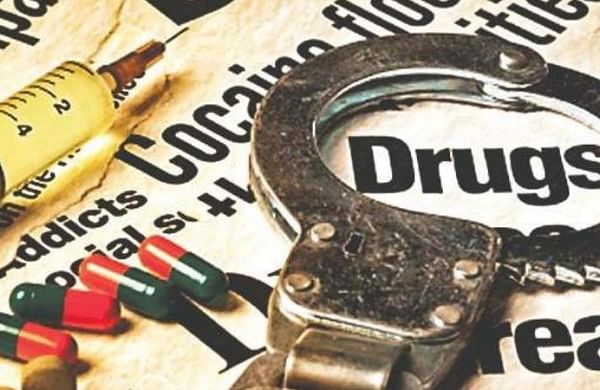 MUMBAI: The Narcotics Control Bureau searched a cruise ship on its return to Mumbai on Monday morning, two days after a drugs party onboard the vessel was busted off the city coast, an NCB official said.

The NCB had arrested Bollywood superstar Shah Rukh Khan’s son Aryan Khan and seven others, including two women, after the raid on the Goa-bound ship of the Cordelia Cruises company.

On Monday, the NCB got information that the ship returned to the city after two days.

Hence, NCB officials including its zonal director Sameer Wankhede reached the cruise terminal and searches were underway onboard the vessel, the official said.

On Saturday evening, an NCB team, led by Wankhede, had raided the ship based on a tip-off that a party was scheduled onboard.

During the raid, over 20 officials of the Mumbai NCB had boarded the ship posing as customers.

There were 1,800 people on the ship but after checking all were asked to go except the eight, including Aryan Khan, the official said.

A special holiday court had earlier remanded Aryan Khan, Munmun Dhamecha and Arbaaz Merchant in the NCB’s custody till Monday.

The anti-drugs agency had kept a close watch on the cruise ship event for 15-20 days after receiving information that a drug party will be organised.

After confirmation, the NCB conducted the raid on Saturday, officials earlier said.

They had said the NCB may question officials of Delhi-based event management company Namas’cray, registered as Caneplus Trading Private Limited, and officials of the cruise company, Cordelia Cruises.

The (Delhi-based) firm was tasked with the management of the event onboard Cordelia Cruises’ Empress ship, which was supposed to take place from October 2 to October 4.

All known organisers of the event are now under the scanner of the NCB, an official of the anti-drug agency earlier said.

The Narcotics Control Bureau is likely to summon officials of the cruise company and the event management firm in connection with the seizure of banned drugs on the ship, an NCB official said.

The NCB will now determine whether any of the organisers had any knowledge about the drugs being brought and consumed onboard during the three-day cruise in the Arabian Sea.

Three additional directors of the event management company are now under the lens of the agency, the official added.

The cruise company in a statement on Sunday said it had nothing to do with this incident.